The cities embracing the future…

The term ‘smart cities’ is one of those terms which is hard to explain but easy to show. Essentially, a smart city exploits information communication technologies in order to increase the standard of living in the city. There are many other definitions, all of them trying to quantify what it means to be a smart city, but the gist of them all is same. Once a city starts integrating information technology the same way cities have integrated roads and sanitation, they start becoming smart.

While the rest of the world catches up there are already some cities that are pioneering the smart city concept. Instead of waiting till smart cities become the norm; these cities are spearheading the effort through innovative concepts that have never been seen before.They will end up benefiting the whole world by becoming examples of what works and what does not.

Let’s look at some of these cities and what they did to be considered the best: 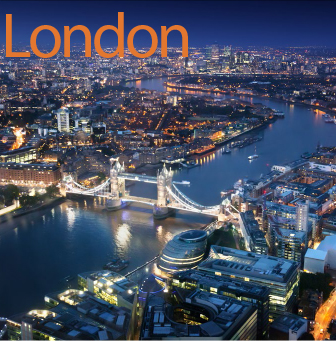 London has commenced with many initiatives that have resulted in it becoming the paragon of smart cities. The most influential among these has been the government embracing open data. Information that was locked up in vaults previously is being digitalized, and real time information from smartphones and other gadgets is interpreted and made available to partners. The London Datastore has invaluable information for developers, providing data based insights to achieve smarter and more efficient constructions. 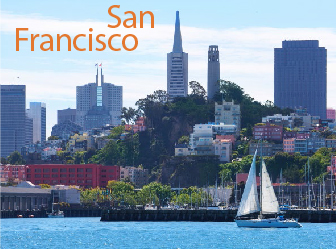 It seems the home of Silicon Valley is putting all that technological clout to good use. San Francisco has been recognized as the second best smart city in the world, thanks to their government’s great commitment to smart city initiatives. This includes services like free Wi-Fi hotspots, energy projects that help consumers minimise their usage, and one of the most technologically advanced city-wide recycling systems in the world. San Francisco has also pledged millions of dollars for even more smart city developments in 2016. 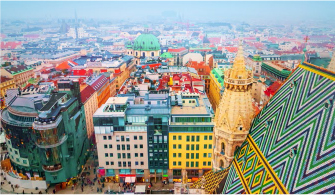 We are just as surprised as anyone else that Vienna ranks so highly; but apparently Vienna has been running one of the best public works program for smart cities.One reason that Vienna has flown under the radar is that their approach is very different; instead of huge projects that generate headlines, Vienna is running many small programs that combined, manage to effectively increase the city’s efficiency.This includes multiple solar power panels open for public use, treating sludge and generating energy from it, apps to improve local transit experience, open government data projects, bike zones, and much more. Every little counts!

One of the biggest issues in Boston is the large amount of traffic and the pollution caused by it. Instead of taxation or new laws the city is focusing on using smart city initiatives to reduce traffic congestion and emissions. This includes developments of apps which will seek to help ease congestions. The reason that Boston is so high on this list is their continued commitment; the government is working closely with multiple stakeholders, including corporations and students, and has been publishing research about potential smart city improvements that can be implemented.

Seoul has always been at the forefront of smart city technologies. While most countries are still starting smart city projects, Seoul’s initiative had 2015 as the year the project would be completed. The website of Seoul’s government allows its citizens to interact with them easily and there is a huge city-wide focus to enable mobile technologies to divide city wide changes.One advantage that Seoul has being in South Korea, which as a country overall, already has an excellent information technology infrastructure. Seoul truly has one of the most comprehensive smart city infrastructures in place, where everything from the streetlamps, to getting admission in a school, is infused with technology. 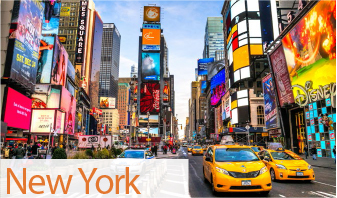 2015 marked the year when New York started to become a prominent smart city. One of the City’s most interesting projects is the quantified community project, which seeks to create a space that has its data completely monitored. This means monitoring all types of pollution, usage of services, and much more over an area of 17 million square feet. The aim is to examine and subsequently improve the standards of living for people in the area. The project has launched another phase that is estimated to be completed in 2020.

Amsterdam has gone above and beyond the call of duty to make itself a smart and efficient city. The list of smart city initiatives already existing in Amsterdam is staggering and the list of upcoming projects is even more impressive.  This includes innovative projects like 3D Print Canal House, Smart Citizens Lab, and flexible street lighting. Amsterdam also has the Civocracy platform, which allows stakeholders to freely discuss upcoming proposals and solutions to problems. Amsterdam isn’t just letting people vote on things, they are letting people articulate change for the city.

Singapore’s information communication technology platform was already amongst the best in the world, but it upped its commitment to becoming smart with an aim to become the smartest nation in the world by 2016. Over a 1000 sensors were deployed in the Jurong Lake District in order to test the smart city platform, and the project will be expanded to the whole city once testing is complete. Video analytics are being used to analyse real-time CCTV footage and detect if a place is dirty. If any trash or garbage is detected cleaning services are notified and sent automatically. This is just a notable example of how efficiently Singapore is grasping and implementing smart city concepts.

While other cities have smart city plans that aim to be completed in a few years, Paris’ smart city vision will be actualized in 2050. This isn’t because of slow work; it is because Paris aims to transform itself completely. The vision that has been officially supported by the government looks like no city we have right now, and if Paris stays committed, then by 2050 it will be the most beautiful and advanced city on Earth. One of the most ambitious plans is to allow greenery within an urban context by creating gardens that enclose already existing buildings.

Tokyo aims to achieve its smart city objectives before it hosts the Olympics in 2020. It will be a perfect time to showcase the innovation of Tokyo as visitors from all over the world will flock to the city. Tokyo already feels like a city that exists in the mind of a science fiction writer, with its neon drenched streets and fascination with innovation, and this reflects a city whose entire population seems very receptive to new technology. The most impressive developments in 2015 were the integration of information technology in the Tokyo Electric Power and Tokyo Gas sectors, which are now considered a model for the whole world’s smart city energy objectives.