3-D Printing Will Change the World

To anyone who hasn’t seen it demonstrated, the whole process might sound like something straight out of a sci-fi movie.Three-D printing is the process of turning a computer-generated design into a real-life, physical entity. This is accomplished by making use of different materials such asnylon, ABS plastic, or even a biodegradable plastic filament, PLA, melting these materials into thin, shaped layers on a surface, and then printing subsequent layers oneatop the other until the object is complete.

How Does 3D Printing Work?

There are many types of 3D printers in the market, each making use of a different material. A “selective laser sinter” makes use of a laser beam in order to heat and then solidify a substance into patterns for each slice. Another method incorporates UV light on different resin layers. However, regardless of the material used in the process, they all use some methodof applyingmultiple layers onto a platform to slowly build up the physical object.

Before you can start with the printing of the 3D object, you need to have a proper 3D image prepared using computer assisted design, or CAD, software. After digital creation by the designer, the program then digitally slicesthe item into hundreds or even thousands of layers horizontally that are printed one atop the other.

Using 3D printing,one can create models that exactly replicate a future production version, with complete functionality for end-user testing prior to the expensive and time-consuming process of making molds and machine tools and dies.This replaces limited-functionality, limited-use models that cannot give a complete and accurate end-user experience, thus saving possible waste of early production models that have hidden flaws or design problems.

The first ever functional 3D printer was created by Charles Hull in 1984.Its use and popularity has gained steadily since that time which today comprises an amazingly wide swath of applications.For example, it can be used in printing smartphone cases, car parts, medical equipment, and fashion accessories. Its use extends even to printing artificial organs, where it has quite literally been a life saver. Here are just a few representative examples where 3D printing is used:

With 3D printing, organs can be printed incorporating the cells of patients, practically negating the need in the future for patients to have to wait for compatible donors. The story of baby Kaiba is illustrative. Kaiba was born prematurely in 2011 with insufficiently developed lungs. In order to maintain blood oxygen levels he was put on a ventilator,but even that wasn’t enough as Kaiba’swindpipe kept collapsing. Doctors from the University of Michigan then made use of a 3D printer to make a bioresorbable splint to reinforce the baby’s windpipe. Prior to the operation,Kaiba wasn’t expected to leave the hospital. Sixteen months later he had the splint removed and has continued developing into a healthy boy.

3D Printing In the Automotive Industry

Companies such as General Motors and Ford have made use of 3D printing for car parts. GM has made use of stereo lithography, math data, laser sintering, and specialized software to build parts of the 2014 Chevrolet Malibu from liquid resin to improve the quality of the vehicle.

3D Printing In the Aerospace Industry

Recently, NASA made use of 3D printing to make a rocket engine injector. This was so successful that they now plan to take a 3D printer to theInternational Space Stationto set up a mini factory for customized spacecraft and instrument parts.

Liberator is the name of a gun made using the 3D printer, designed and manufactured byDefense Distributed, a nonprofit digital publisher and 3D Printing R&D firm.Fifteen out of its sixteen parts are made of 3D printed plastic.

Feathered Angels Waterfall Sanctuary went to the aid of Buttercup, a duck born with a deformed foot. Born in a high school biology lab, Buttercup was unable to walk properly and was in constant pain from the deformity. After the foot was amputated, technicians used detailed photographs of the duck’s other foot to create a silicon replacement on a 3D printer.The foot is kept in place using Winters Gel, a jelly-like material that adheres the artificial foot to Buttercup’s leg.Elsewhere, an 83-year old woman required a lower jaw replacement due to a severe infection. Doctors created a titanium replacement using a 3D laser printer, which was then coated with a bioceramic material. The patient was able to speak a few words shortly after waking up from surgery, and was able to talk and eat the following day. The medical community is excited by the promise of 3D printed prosthetic devices that can be made from porous titanium structures, allowing bone in-growth in addition to better fit and more precise attachment to natural body parts. Further, with 3D printing the cost of prosthetic devices is lower than with other methods of manufacture and post-surgery recovery time is significantly reduced.

3D Printing As A Way to Help the Senses

Scientists at Princeton Universityhave made a bionic ear with the help of a 3D printer. This bionic ear enables users to hear even better than with the natural human ear. Yahoo!is also working with Hakuhodo Kettle in Japan, a creative agency that is lending a hand at a school for the blind. There, Yahoo!is involved in teaching children to make use of a hands-on search machine for web browsing. This machine combines a MakerBot 3D printer with voice recognition technology so that voice queries can be turned to physical objects.

How 3D Printing Is Revolutionizing the Manufacturing Sector 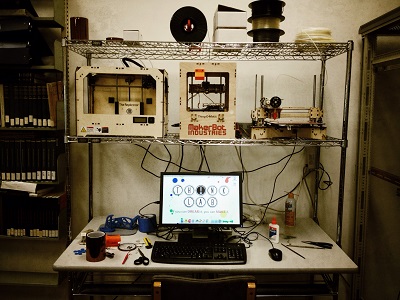 The manufacturing sectoris rapidly making the shift to 3D printing from the typical mechanical production. 3D printing has enabled greater creative freedom, consistency, and cost effectiveness. With the help of 3D printing, manufacturers no longer need to carry out long procedures that are highly labor intensivewith lengthy turnaround times between design concept and production. Instead, they can quickly make durable prototypes for trial purposes. Time consuming and expensive tooling, complex assembly lines, and interdependent supply chain mechanisms will quickly become things of the past.

Nike, for instance, has made use of 3D printing to make different shoe prototypes. This, in turn, has helped to increase their production margin 30% without additional costs. Many other companies have also incorporated 3D printing in their manufacturing processes.

3D printers are also great at increasing artistic variations and creativity in designs, allowinggreatly expandedpossibilities for experimentation. 3D printing is already becoming highly integrated in many industries such as prosthetics, bio medicines, and the automotivesector. Future possible uses might aid in the reduction of world hunger and poverty by printing bio genetic products in medicine and food production.

3D Printing Outside of the Manufacturing Sector

3D printers started becoming popular for personal use by many enthusiasts and hobbyists in 2011. However, with so much development and vastly reduced costs nowadays,the technology is becoming widespread in every area of business and personal use.

Despite the technology being much cheaper now, we are far from the time when everyone can afford their own printer. Companies like Ponoko and Shapewayshave developed to give users the benefit of 3D printing by delivering a digital file, which then gets printed at an affordable rate. These commercial printers also let their users sell their designs through their web sites, much as an electronic book might be for sale. 3D printing services are also offered business to business. For instance, an architect might want to print a model of a house for presentation to a potential customer.

Slowly and gradually, people are realizing the importance and viability of 3D printing. The future of 3D printing is exceptionally bright, with many of the sectors and industries already incorporating its use within their businesses and lines of production. Now is the time for companies to investigate for themselves the possibilities and advantages of 3D printing.