With the Abu Dhabi vision 2030 in place, adopting the use of social media in the Abu Dhabi public in the future looks extremely promising. The e-Government in the country has already established online platforms for e-participation of residents which includes social media sites such as Flickr, Twitter, YouTube, LinkedIn, and Facebook. This allows governmental and semi-governmental entities to utilize these mediums to engage the public in their activities and gauge their opinion on the services and policies they provide.

This is easily accomplished by providing information on services and activities, posting important interviews online, gaining feedback through online opinion polls, and ensuring that all legitimate queries are answered immediately.

Typically, the marketing strategies employing social media by the public sector differ from those used by the private sector. These strategies can be broadly defined as follows:

E-participation, sometimes referred to as crowd sourcing, is the process of obtaining needed services, ideas, or content by soliciting contributions from a large group of people, and especially from an online community, rather than from traditional employees or suppliers. E-participation can be a useful tool for government entities to solicit feedback and ideas from citizens and residents about new or existing public policies, services, and local issues. E-participation allows government entities to seek the participation and advice of its citizens to make changes that have a positive and meaningful impact on society. With crowd sourcing, residents in effect become the government’s think tank or advisory group for little or no cost. There are a number of tools and online platforms that can be used for e-participation campaigns including blogs, online social networking platforms, and wikis.

Through the use of these tools, governments can host numerous participative activities online and monitor the response and participation rates of the public. This can effectively allow government entities to easily gauge the success of public relations and marketing campaigns.

There are a number of policies and guidelines set out by governments to ensure that social media and various websites are being utilized to full capacity. In the U.A.E, the Emirates e-Government is responsible for developing, implementing, and maintaining the e-Government programme at the federal level in the UAE, which includes policies for social media and e-participation use. They also recommend the design, content style, layout, and various accessibility features so as to make the entire aspect more attractive. The Emirates’ e-Government won the ‘Social Media Initiative of the year” award in 2011, commending the entire operation.

Abu Dhabi has many government

portals which are used to offer information and advice on obtaining numerous government services such as a driver’s license and applying for visas, as well as services related to businesses, residents, and visitors. The primary government portal is the Abu Dhabi E-Government Gateway (www.abudhabi.ae), which serves as a focal point for government information and services. Residents can register an account with “MyAbuDhabi” whereby they can access services from different entities in a secure environment. In addition to improving their traditional online presence, the Abu Dhabi government has also started using social media networks such as Twitter, LinkedIn and Facebook to enable quick and easy access to government entities. Through these social media accounts, government entities keep their followers updated on various government initiatives and services, respond to queries, and hold engaging sessions that stimulate discussions relevant to government policies and services.

The Recent Boom in the Abu Dhabi Public Sector

Global public sector organizations and companies have been using social media extensively over the past six to seven years and realise the importance of achieving success through this platform by reaching out to the public as most are already actively engaged on these sites. Regionally, the use of social media in the public sector is a concept that is being slowly embraced in the Arab world and is now being considered one of the most important and powerful tools for implementing government initiatives as well as increasing transparency and accountability.

Since the launch of the Emirates e-Government initiative a few years ago, many local Abu Dhabi government entities have followed suite in developing and expanding their e-services and online presence. The commitment to the development of a customer centric and effective e-government is evident at the GCC and Arab e-Government Awards. The UAE government entities have brought home the highest number of e-Government awards from the GCC Awards and the UAE is one of the highest ranked countries in the Arab World for e-Government. Today, the UAE Government as well as many local Abu Dhabi government departments have official pages on social media networks including Facebook, Twitter, LinkedIn, YouTube and other social media channels where citizens and residents can stay updated and participate in conversations on government services and programs. In addition to its social media presence, the UAE Government has also improved transparency and openness in sharing data and statistics with all citizens and residents through many websites and services including: www.government.ae, www.abudhabi.ae, www.scad.ae, www.uaeinteract.com, and many others.

The use of social media has been extensive amongst individuals and business for several years. Businesses the world over have realized that to connect with their public they have to embrace social media platforms because, for all practical purposes, that’s where their public exists. Even if a business were to choose to employ new and inventive ways to use the old communication systems, he would quickly be left in the dust by his competitors who are all embracing social media. Governments who want to communicate with the public, to find out what they are thinking, to “get inside their minds,” are catching on quickly and revolutionizing in many cases how social media can be a great tool in government-to-citizen responsiveness.

This social media frenzy has only recently come about in the UAE public sector entities, particularly those in Abu Dhabi, where the sudden increase in usage has occurred over the past two years. Two public sector entities, The Abu Dhabi Education Council and The Abu Dhabi Tawteen Council, noted a significant increase in the number of fans on their Facebook Pages. Over the past two years, traffic on The Abu Dhabi Education Council Facebook page has more than doubled; The Abu Dhabi Tawteen Council noted a greater than 160% increase on theirs. These increases weren’t just good fortune or happenstance, but reflected the creativity and hard work these entities put into making their Facebook pages more visible, and providing not only more, but importantly, more usable information to their audiences.

Ten years hence we’ll look back on relatively primitive attempts at the use of social media to improve service, responsiveness, accountability, and transparency of business and government entities, much as we look back on the “quaint” early days of the World Wide Web. While Abu Dhabi, with the rest of the world, is still immature in the utilization of social media, and visionaries outside of and within government can see that there is still a long way to go, we can look at the progress of The Abu Dhabi Education Council and the Abu Dhabi Tawteen Council as only two examples that great strides have been taken, and will continue apace to make the public sector even more useful, even more responsive to that most important part of its name: The Public. 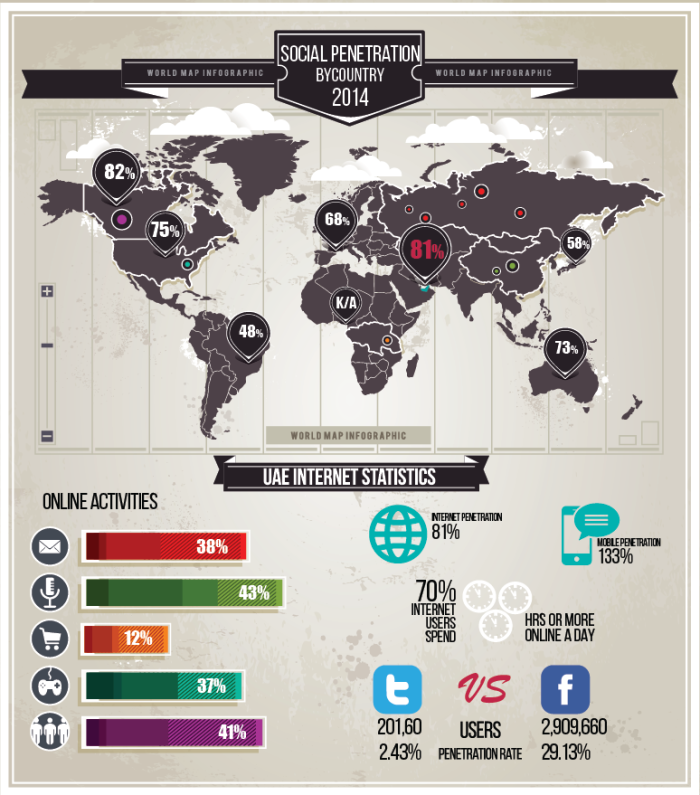