Construction and government services account for more than half of all employment in Abu Dhabi. Abu Dhabi’s Vision 2030, launched under the leadership of H.H Sheikh Khalifa bin Zayed Al Nahyan, has acknowledged the importance of a strong construction and real estate sector in uplifting the economy of Abu Dhabi.

While Abu Dhabi hasn’t had a construction boom on the same level as Dubai, this can be viewed in a positive light. Rather than vying for construction of the tallest buildings, Abu Dhabi has focused on what the emirate needs and is building towards this goal.

The Abu Dhabi Urban Planning Council (UPC) was established in 2007 as the agency responsible for the future of Abu Dhabi’s urban environments, and the authority behind the visionary Plan Abu Dhabi 2030 Urban Structure Framework Plan published in September 2007, which serves as the blueprint for the Emirate’s urban design. 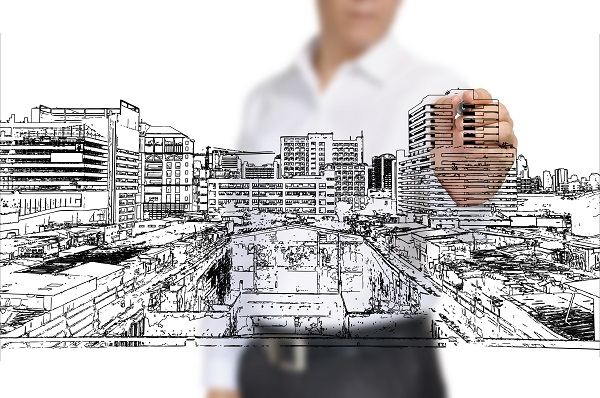 Chaired by H.H Sheikh Mohamed bin Zayed Al Nahyan, Crown Prince of Abu Dhabi and Deputy Supreme Commander of the UAE Armed Forces, UPC is tasked with developing strategic development plans designed to shape the Emirate’s urban landscape along with associated land uses. Included in its mission are the goals of ensuring sustain able and well-managed development, infrastructure capacity, community planning, and improvement of the quality of life by overseeing development across Abu Dhabi and creating guiding principles for all critical development projects. The Urban Planning Vision 2030 is truly an example of a well-documented government plan. It integrates all elements required to make Abu Dhabi a great place to live, learn, and do business, including a comprehensive Land Use Framework, Urban Street Design Manual, and Coastal Development Guidelines.

The Vision 2030 is the ultimate goal and is articulated through a set of overarching principles. These are based on the four pillars of Estidama(Arabic for sustainability), which sits at the core of the Urban Structure Framework Plan. Developed in collaboration with the Environment Agency-Abu Dhabi (EAD), Estidama is the first environmental framework of its kind tailored to the region. The overarching principles were developed to guide the preparation of all of the UPC’s plans, policies, standards, and guidelines, which form the remaining layers of the hierarchy.

Another key facet of the plan is the concept of creating or improving Abu Dhabi’s land use, effectively creating distinct districts or zones across Abu Dhabi including:

The Emirate of Abu Dhabi and the UAE as a whole have undergone a major transformation over the past three decades. This change is unparalleled in the history of human civilizations. From being a barren, deserted land, Abu Dhabi has become one of the most modern capital cities of the world. 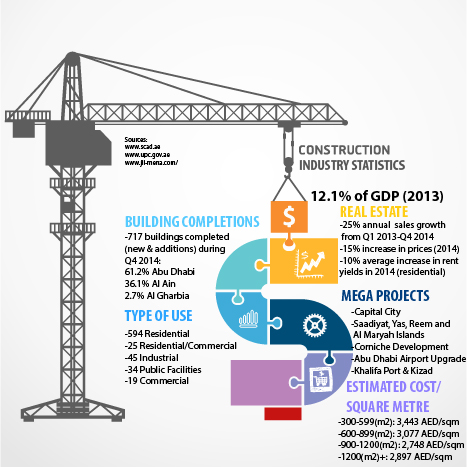 Growth in the construction sector can be traced back to the 1960s when oil became a major source of wealth. This wealth led to a complete modern re-development of Abu Dhabi and the start of the construction boom.While this boom has not been on the same scale as Dubai, by world standards there has still been considerable growth in the region.

Today, Abu Dhabi boasts a number of skyscrapers that increases the charm of the city. In many ways, the government wanted the city to expand, but they did not want to compete in terms of height and design. The city they created, while modern, has a cultural and authentic feel.

In January 2014, the Abu Dhabi government announced that foreigners can now own real estate in the Emirate on a freehold basis in designated investment zones, seeking to attract more investors to its real estate sector.Residential units in the zones will be registered under Abu Dhabi’s freehold law, with property ownership deeds issued to investors.Previously, foreign investors in Abu Dhabi property were generally limited to leasehold arrangements with 99-year leases. This change in policy marks the launch of a very important phase in the development of the real estate market in Abu Dhabi; a phase which presents new opportunities for growth and development offered by Abu Dhabi’s economy.

The residential market has witnessed strong growth over the last two years, averaging 25% prime sales growth in 2013 and 2014, with prime rents increasing 17% in 2013 and 11% in 2014. Retail and hospitality developments also continue to witness strong growth and return, spurring a boom in the development of new malls, hotels, and entertainment complexes over the last few years.

Contribution to the Economy of Abu Dhabi

The real estate industry adds around 7% to the GDP of Abu Dhabi. While this seems like a small number when compared with gas and oil, the fact that so many billions of dollars are at play makes it a sizeable sum of money.

Abu Dhabi Economic Vision has realized the importance of the construction sector in attaining the goal of economic diversification of Abu Dhabi. The construction sector is considered one of the most important, providing direct support to the focus sectors, which include energy, health care, tourism, defense, telecom, and other sectors of critical importance to Abu Dhabi.

It is not an overstatement that without a strong construction sector the whole economy of Abu Dhabi would come to a standstill.

Outlook for Real Estate and Construction Sector in Abu Dhabi

Abu Dhabi is still experiencing a shortage of residential units in the region. Existing residential units are insufficient to meet the demands of the rising population, particularly that of the lower income brackets. In 2012, the government of Abu Dhabi pressed public sector employees living outside the emirate to relocate within its borders, adding to the high demand of real estate units in the capital. 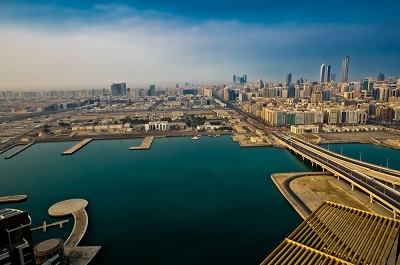 The government has responded to the current shortage with the announcement of many new residential projects over the next five years.The construction industry looks set for another boom—although based on the principles of sustainable growth. The retail and hospitality sectors are also set to reap the rewards as Abu Dhabi continues to become an increasingly popular tourist destination, making it to CNN’s Top Ten Travel Destination List of 2015.

In addition, UAE Construction Industry Outlook 2016 predicts that Abu Dhabi will become the centre of a construction boom owing to 9.5% average annual GDP growth rate in the next five years. A number of sectors such as residential, retail, and hospitality will create the next construction boom in the region resulting in an increase in investment in the large and profitable sector.

We who live in this city wait in anticipation of what the next decade will bring to the architecture and cultural attractions we already enjoy. As evidence of these, Abu Dhabi already has plenty of impressive architectural wonders and edifices to amaze its guests. The architectural treasure of the city incorporates some of the most creative designs, adding uniqueness and charm to the city. The architecture in Abu Dhabi has taken inspiration from regional elements such as billowing sails and shifting sand dunes and from international land marks such as the Leaning Tower of Pisa and Twin Towers in US.

Some of the iconic buildings in Abu Dhabi include: 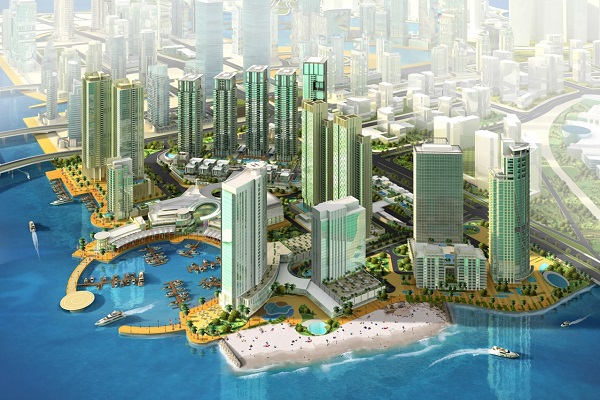 With policies and regulations in place to encourage a steady pace of urban development, coupled with an urban planning framework that promotes sustainable and environmentally friendly development growth, Abu Dhabi is poised to become one of the truly sustainable capital cities of the world.

With positive economic, social, and population growth statistics, Abu Dhabi will continue to flourish as people from high and low flock to the city in search for better jobs, better quality of life, and tourism. We would also not be surprised to see the weekend traffic flow on the Sheikh Zayed road change directions in the near future as more people are drawn to the ever evolving capital city.