All Eyes on Abu Dhabi 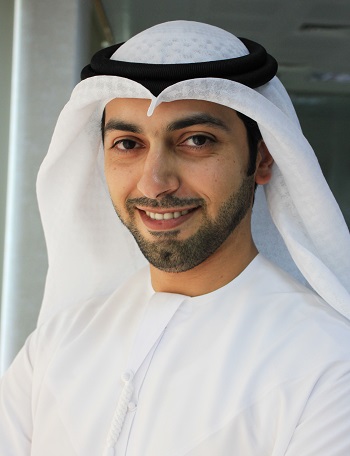 A record 3.49 million tourists visited Abu Dhabi in 2014, and even though global economic conditions did not look favorable for 2015, Abu Dhabi witnessed a growth in visitor numbers from January to June this year, prompting the Abu Dhabi Tourism & Culture Authority (TCA Abu Dhabi) to consider new targets from current projections for 2015 and beyond.

“We are targeting 3.9million visitors in 2015”, says Mr. Sultan Al Dhaheri, TCA Abu Dhabi’s acting Executive Director of Tourism. When asked about the factors that contributed to this phenomenal growth, he responds: “There are a number of factors which contributed. These include sustained and results-oriented marketing initiatives, an increase in our attraction and accommodation line-up and the staging of world-class events which appeal to an international audience”.

Mr. Sultan proudly adds: “In terms of new attractions, last year Yas Mall became one of the most popular shopping destinations in the Middle East with its impressive lineup of retail offerings, contemporary interior, effortless layout, and great location. As for accommodation, we now have over 160 hotels and hotel apartments as compared to 150 last year and currently boast 28,374 rooms as opposed to 26,001 for the comparative period. This is a 7% increase in available rooms.”

“Visitors are now aware of our world-class tourism offering, and there are encouraging signs for further growth as we add more diverse products, drive more effective stakeholder coordination and expand our local, regional and global marketing initiatives.” Mr. Sultan reaffirms.

In getting into the importance of the growth of Abu Dhabi’s tourism sector, Mr. Sultan elaborates on its significance, “Tourism is one of the Emirate’s strategic sectors for economic growth and diversification as identified in the Abu Dhabi Economic Vision 2030. The industry has significantly contributed to raising Abu Dhabi’s image and recognition worldwide, encouraged  infrastructure improvements, such as better hotels, roads, land, water and air transport networks, recreation facilities such as parks, malls, attractions etc., all of which improve the quality of life for residents as well as visitors.”

In further expanding on the importance of this sector, Mr. Sultan adds: “The rapid expansion of tourism in the emirate which has grown from less than one million visitors in 2004 to 3.49 million in 2014 has led to a significant contribution to the GDP for the emirate. In numbers, the tourism sector has contributed AED 24.6 billion to Abu Dhabi’s GDP in 2012, out of which the direct contribution was 5.3%, which equates to 10.4 billion of non-oil GDP and direct employment of 59,317 jobs in 2012 with hotels and restaurants representing the largest share of this employment at 30,720 jobs”. When asked about TCA Abu Dhabi’s strategic priorities for 2015 and beyond, he responds, “The key strategy for 2015 and beyond is to attract more visitors, to stay longer, and experience more across the emirate of Abu Dhabi. We will press ahead with our strategy of steady measured growth aligned to the development of the tourism sector and support public and private sector investment through promotional activities, tourism investment, marketing and activities by the Abu Dhabi Convention Bureau which handles the lucrative MICE sector requirements.”

Abu Dhabi’s diverse portfolio of tourism offerings provide for great opportunities for growth, as Mr. Sultan explains: “By continuing to appeal to visitors through an expanding portfolio of tourism products and events, and a healthy mix of leisure and MICE promotional campaigns, our focus will be to get the message out, to as wide an audience as possible so that there is more to do in this emirate than ever, to encourage our guests to stay longer and all the while, encourage new SME and headline tourism product development. We have also recently expanded our overseas footprint with a new South African promotional office, and work hand-in-hand with Etihad Airways, the national airline of the UAE to identify and support their route development programme. Product themed promotion has also been stepped up in 2015, with plans for enhanced multi-stakeholder seasonal campaigns, further promotion of our existing public-private sector cruise and golf partnerships and event packaging.”

“We will maintain strategic operations from our 11 overseas offices and are also expanding our footprint to new markets – namely Serbia, Holland and Azerbaijan – as part of an extensive programme of 21 trade exhibitions and 8 roadshows across 32 cities in 20 countries through 2015.”

Numerous other initiatives have also been underway to attract more visitors from key source markets such as the United States, China, and European countries. We asked Mr. Sultan what are some of the main selling points in attracting these tourists on a large scale. In response, Mr. Sultan replies enthusiastically, “I think the growth in visitor numbers and destination accolades is testament to our success. Most significantly though, it is our engagement with international travel trade which tells the brightest story.  We continue to form partnerships with operators from leading source markets and are actively promoting our Access Abu Dhabi joint initiative in partnership with Etihad Airways to promote and sell the emirate as a leading leisure destination. “

“Furthermore”, Mr. Sultan adds, “Abu Dhabi has become one of the best-selling holiday destinations for British travellers in 2015, according to worldwide tour operator Kuoni, with the operator reporting sales growth to Abu Dhabi of 15 per cent in 2014 from an expanded portfolio of hotels, attractions and experiences in the UAE’s rapidly developing cultured capital.”

“The opening of Louvre Abu Dhabi will be a significant milestone in our ambitions to create a world-leading cultural destination and has been a key factor behind the destination being named amongst CNN.com’s list of the Top 10 Destinations to visit in 2015 – a good third party recommendation to have!”

“Abu Dhabi has a compelling lineup of attractions that are distinctly different from any other destination.  Our culture and heritage is among our best selling points. This includes attractions such as the Sheikh Zayed Grand Mosque – one of the most important architectural treasures of contemporary UAE , – as well as  the evolving Saadiyat Island Cultural District which will house Louvre Abu Dhabi, Zayed National Museum and Guggenheim Abu Dhabi.”

“Tourists can experience the local heritage heartland of Al Ain, also known as the Oasis City, taking in Al Jahili Fort, one of the country’s most historic buildings, Al Ain Palace Museum – the former home of the late UAE founder Sheikh Zayed Bin Sultan Al Nahyan -and the Al Ain oasis whilst also exploring the stunning desert scenery of Liwa.” 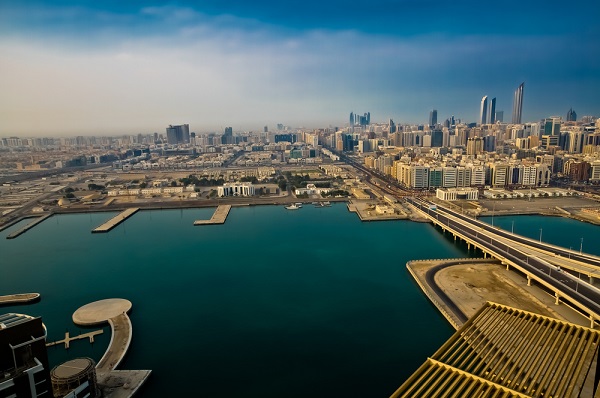 Cruise Ship tourism has also been identified as an important and fast growing segment of Abu Dhabi’s overall tourism portfolio. Mr. Sultan gives us his insights into this growing new sector:  “Abu Dhabi Ports Company has invested in a dedicated 8,000sq m cruise terminal at Zayed Port, which will be fully open for the 2016/17 season. This will be a game-changer in terms of both client and consumer service. It has been designed with both operators and passengers in mind. This is a direct response to our desire to nurture this sector. The terminal will increase the port’s capacity and will be able to accommodate up to three mega cruise ships simultaneously.”

“Working closely with Abu Dhabi Ports and a number of private sector stakeholders, our primary aims are to encourage regional cruises to ‘home port’ in Zayed Port – that is to start and end in Abu Dhabi and to continue to attract new lines to include Abu Dhabi on their world voyage itineraries. “

“Abu Dhabi’s cruise passenger arrivals have increased five-fold since the sector began in the emirate in 2007 with anticipated arrivals this season reaching 220,000 passengers from 95 vessel calls. Over the coming years, we anticipate steady measured growth, fuelled by expanding capacity from regular rotational Arabian Gulf cruisers and home-porting operations at Zayed Port. By the 2019/2020 season, we forecast 300,000 passenger arrivals from 130 calls by a minimum of 16 ships.”

As Abu Dhabi continues to establish its position in the leisure, business, sports, health and cultural tourism markets, Mr. Sultan gives us insight into some of the strategic positions that Abu Dhabi wishes to dominate. “We aim to position Abu Dhabi as the global destination of choice to experience the “Authentic Arabia. We want to further promote and strengthen our culture and heritage attractions by engaging our partners to leverage more of our UNESCO world heritage sites to deepen the sense of an authentic Arabic feel in the capital.”

“Furthermore,” Mr. Sultan continues, “We aim to expand our partner engagements in our events and festivals to attract more visitors to stay longer. We also want to further develop Abu Dhabi’s position as the family-friendly resort-driven winter sun leisure destination as well as develop Halal Tourism products to attract more Muslim visitors from around the world.”

“All eyes are on Abu Dhabi. As our mega developments and new tourist attractions come to life, we will continue to see people from around the world flock to Abu Dhabi to experience a destination like no other.”