At the Heart of Health 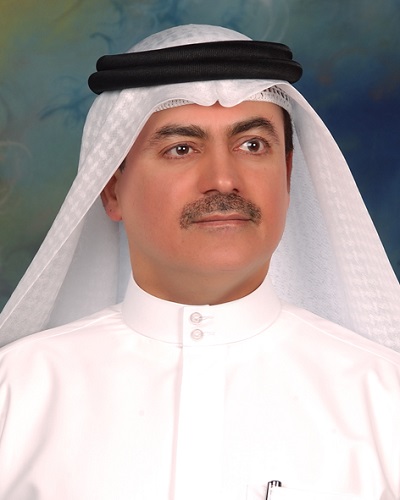 Equal parts health advocate and medical advisor, Dr. Amin Al Amiri is the Assistant Undersecretary of Public Health Policy and Licensing at the Ministry of Health, a position he has held since 2006. Dr Al Amiri is responsible for the Medical Licensing and Advertising Regulation department, the Drug department and the Empowerment and Health Care Compliance department within the Ministry of Health. His Excellency also oversees all Public Health Policies within the Ministry. Dr. Al Amirialso has several voluntary commitments,which he actively supports alongside his current position. One of the most notable among these is his roleas Secretary General of the Sharjah Voluntary Award,which he has held for 13 years. Not to mention he has also had many publications published in the field of blood transfusion medicine in local and international journals. Moreover he’s been awarded for his vast voluntary services by the Cooperation Council for the Arab States of the Gulf Executive Office and the Arab League, as well as receiving the Sheikh Rashid Award for Culture and Science.

However, his roots are much more deep seeded in the country’s future of ‘fitness’ following his initial inauguration back in April 1985.Since joining the Ministry, Dr. Al Amiri has insisted on turning matters of health into pulse points that would eventually see the Emirates become a leader in many forward thinking health plans namely blood transfusion, his area of specialty. Now thirty years on, almost to the date, and we’re meeting with Dr. Al Amiri exclusively to discuss the Emirates’ successful state of health, legislation and the future of healthcare in the UAE.

“Anything that relates to human health is a top priority,”begins Dr. Al Amiri. “But we’re not just focusing on Emiratis, everyone who lives in the UAE, who we consider to be part of our nation, part of our family,is important and therefore we work as one, together. However if we are to talk about importance, blood transfusion has a top priority because without sufficient supplies of safe blood you can’t save a human’s life because there is no substitute for blood transfusion or blood components anywhere in the world.” Dr. Al Amiri has been at the forefront of blood transfusion, a department he proudly acknowledges is now ‘fifth best worldwide’after he first stepped foot into the sector in 1986. “We were the first country to have a double accreditation for blood transfusion. I was also the first Emirati to be a Director and then Assistant Undersecretary to handle this sector.” Moreover when asked what spurs him on to fight new frontiers in the field of medicine, Dr. Al Amiri replied: “Here you get a taste of your work, you know that you’re doing something for humanity, and for patients, you’re helping to save human lives and you can really feel it.” But his achievements don’t stop there.

Dr. Al Amiri first studied chemistry at the Emirates Universitybefore joining the Ministry of Health. Then to further his education Dr. Al Amirimoved abroad to work in the medical laboratory technology industry across the United Kingdom, the United States of America and the Netherlands. Later he went on to gain his Masters at the University of Aberdeen in Scotland followed by a PhD in blood transfusion and medicine, a degree that would later prove vital to his position within the Ministry of Health.

Forging foundations in the field of chemistry puts Dr. Al Amiri in a statutory position to serve the Emirates’ growing capacity to produce and administer medicine – a top priority inorder to combat growing health issues, namely diabetes, hyper retention and OBCT (obesity). “We can’t say we’ll eradicate these non-communicable diseases completely but we’ll minimize them gradually,” confirms Dr. Al Amiri. “We have a target for the year 2021, which is inline with that of the federal government, to minimize such diseases by controlling the lifestyles of people through public awareness and education programs; this includes concentrating on youth to ensure that we expose them to healthy lifestyles,” continues Dr. Al Amiri. Campaigning to combat the health of future generations is a serious issue within the Emirates and one that is currently taking the limelight, for good reason.

In parallel to educating and enhancing the public health sector, Dr. Al Amiri says: “One of the other targets that we’re concentrating on is to be a leader in the pharmaceutical industry.” It’s an industry that is estimated to be worth AED6billion by 2018, which is exponentially higher than last year’s stated market value of AED5billion. “We have 13 factories that produce 990 medicines, with two more that will be functioning by the end of 2015 and by 2020 we’ll have 30pharmaceutical factories,” confirms Dr. Al Amiri. This only proves positive for solidifying the future state of health within the Emirates. “As well, over the past three years, we’ve been behind international companies to help them produce innovative medicine in the Emirates. Four MOUs have been signed,with the first between Merck Serono and Neopharma, Abu Dhabi, the second was between Pfizer and Neopharma, Abu Dhabi, followed by Merck Sharp Dohme (MSD)and Julphar in Ras Al Khaimah, and Ventus with Global Pharma, Dubai.”

According to Dr. Al Amiri, “five products have entered the market since April 1 with more companies set to follow.” A feat that would seem impossible in other countries, within such a short time span, however Dr. Al Amiri confirms that: “With flexible regulation and fast track registration, a single drug can be approved in the Emirates within three months if the file is complete.” By pushing pharmaceutical boundaries the health and wellbeing of the UAE can continue to be maintained, whilst growing proportionately. This strategy also ensures that health-related issues that are paramount to the MENA region are at the forefront of health reforms locally and internationally too. However Dr. Al Amiri confirms that: “Without different medicines, a physician, hospital or clinic, cannot save a human life and you cannot treat patients, you cannot help them. You cannot diagnose illness and you cannot prevent them.” Hence the bottom line doesn’t sit with just one health care division it is instead a focused, educated, and emphatic evaluation of several sectors coming together for the good of the public, the emirates community and the greater world of medical practitioners.

Besides enticing foreign companies to set up on our shores, the Ministry of Health is edging ever closer to ensuring that the region remains one of the best in the world. Inorder to do that Dr. Al Amiri and his team are forever studying groundbreaking practices. “You need to study the existing market and the best practice worldwide but to implement the best practice you need to make sure that you can improve existing services and compete with the strongest countries. It’s a competition. If there’s no competition, then you won’t be able to improve services and become the best. It’s a challenge.”

A challenge Dr. Al Amiri has welcomed with open arms and together with His Highness the Prime Minister, has been separated into two different sectors to aptly administer the appropriate attention to each field: service provider and regulatory body. “This is the best model worldwide and this is a model that is being practiced in Singapore and Australia. You cannot have both under the same umbrella.” Within the Ministry of Health, Dr. Al Amiri tackles the universal mission to separate the sectors aptly.“My sector is responsible for drug legislation, regulation, compliance, auditing and control. We now audit our own hospitals too.” With stringent criteria, pillars are now becoming paramount for measuring the success of the Ministry of Health’s output, of which they could one day be strengthened and streamlined into a model for medical treatment emulated the world over.

With a focus that is unrelenting, the Ministry of Healthis also dedicated to ensuring that not only are health services a top priority but so too are their advancements in digital services. When asked about the sector’s e-services Dr. Al Amiri confirmed that 95 per cent of services are now electronic and that just this year, at the Emirates Government Summit, they were awarded for the “success of their e-services model”. Currently the e-services extend to the licensing of health professionals, the licensing of hospitals, factories and pharmacies, the evaluation of health professionals as well as the evaluation of the import and export of medicines and goods. According to Dr. Al Amiri any service that is not currently available electronically, will be soon.

A clear vision, international trajectory and a drive to ensure that everyone who lives within the borders of the UAE is provided with the best medical services, places the Ministry of Health on track to becoming one of the world’s leading healthcare sectors. “Nothing stops us from being number one, there are no barriers,” concludes Dr. Al Amiri.