Crowdsourcing, a relatively recent phenomenon in the digitalworld, refers to the practice of gathering information, ideas, and input from a large group of people through digital media.The online community becomes the major source of contribution, as opposed to traditional means such asemployers or suppliers. Crowdsourcing has become an important tool in the overall use of social media and is being employed by both the private and public sector alike in many countries around the world.

Crowdsourcing is the most significant improvement in citizen and stakeholder engagement in decades. Effective citizen engagement is demanded, and increasingly mandated by governments and other public sector organizations to help ensure that plans, policies, and public services reflect the needs and priorities of key stakeholders.This method of public input goes beyond forums and surveys by providing an interactive online process, focused on specific objectives, that guides collaboration and innovation, enabling the user to more effectively gather input and achieve the desired outcomes.

Importantly, in times of tight budgets, crowdsourcing reaches more people, more effectively,and at a lower cost than traditional engagement methods. Whether the need is citizen input for a new urban plan, public consultation during policy development, or a “grand challenge” to seek innovative solutions for social issues, crowdsourcing provides a highly accessible method of engagement that can lower the overall cost, while raising both the quality and quantity of participation. It is worth noting that participants in well-designed crowdsourcing engagements report stronger connection as a result of having the opportunity to contribute in a meaningful way. This stronger connection is a large step toward more satisfied citizens.

The benefits crowdsourcing offers have made it an attractive online tool for companies in the public and private sectors. Some of the most popular advantages of incorporating this in the overall marketing strategy of a company are:

The concept of crowdsourcing has become increasingly popular in the public sector in most developed nations. Governments worldwide are especially keen on incorporating this concept in their pursuit of a more open andtransparent framework. There are several examples of the use of crowdsourcing on the international front, in both public and private sectors:

The introduction of the concept of Smart Government in the UAE meant a need to ensure that government entities are forward thinking, responsive, and proactive in providing services to the generalpublic. Since then, the government has emphasized the use of phones and mobile apps to implement its Smart Government objectives. In this regard, crowdsourcing has been widely integrated in the government’s transition to a technology-enabledgovernment in various ways.

Public sector companies in Abu Dhabi can use crowdsourcing to improve the services they offer to people, and to invite and evaluate feedback on their products and services. Investment companies can use it to encourage investors to share ideas on possible investment opportunities. Similarly, as was pointed out by the example of Eureeca above, many companies in Abu Dhabi can follow in its footsteps to develop new businesses and generate an entrepreneurial environment in the country. This would not only develop investment opportunities in the country but would also help the government to uphold its reputation of a smart government.

The benefits of crowdsourcing can be significant, but it takes planning and strategy to do it right. Citizen engagements have their own unique requirements: Who are the right participants? What are the right topics? What technology is right for the engagement? How long should the engagement be? What results can be expected? Make sure you have the answers to these questions before embarking on your crowdsourcing initiative. 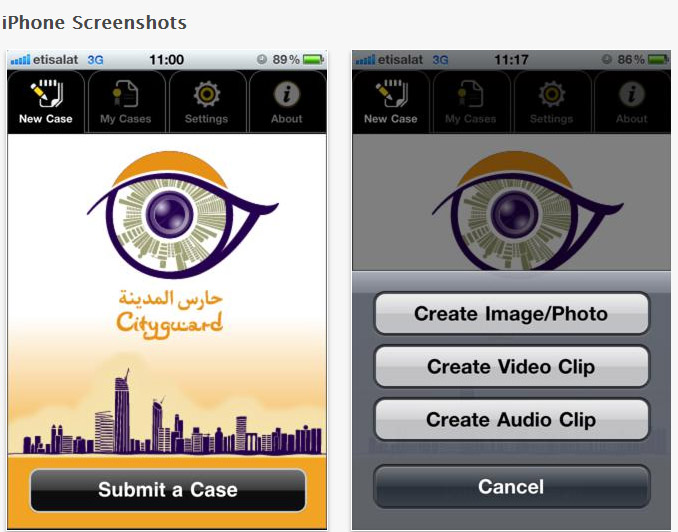 Launched in 2011, CityGuard, a crowdsourcing application developed by Abu Dhabi Systems and Information Centre, allows Abu Dhabi citizens and residents to report incidents and civic issues by capturing audio, video, or photographs and then uploading the file for access by the authorities. The file is then geo-tagged to let authorities identify the exact location of the incident. The aim of the app is to improve government services and the city image with the help of the public. Therefore, several incident types such as public safety, consumer protection, and environmental issues have been identified. Among the participating government entities are the three municipalities of the Abu Dhabi Emirate, Abu Dhabi Police, Department of Transport, Abu Dhabi Food Control Authority, and Health Authority – Abu Dhabi. 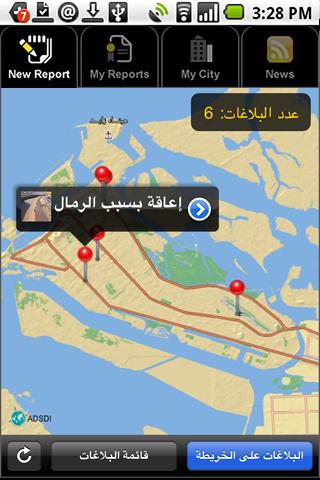 Since its launch in 2011, CityGuardhas been widely regarded as a huge success. Cases reported in 2014 consisted of 46 different categories. The most common cases reported were related to damaged roads (522 cases), waste disposal (320 cases), accumulation of waste (200 cases), and parking related issues (133 cases). CityGuard has been downloaded by over 70,000 users. To date, over9,000 cases have been reported, of which 86 per cent have been closed successfully.

With its slogan “Your City, Your Community, Your App”, CityGuard aims to increase civic participation and collaboration between the public and the government in improving the city’s image and the overall wellbeing of those living in the emirate.