Speak to any parent and they will quickly confirm the age-old cliché; having a child changes your life forever!For ShaikhaMohammed Saeed Al Mulla however, the turbulent transition to ‘motherhood’ was all-encompassing.

An accountant by profession, the UAE National immersed herself in the fairly predictable world of facts, figures and fractions on completion ofher studies and higher education.It wasn’t until the birth of her first child,that a new and undiscovered passion for education, in particular, early childhood development, was ignited. 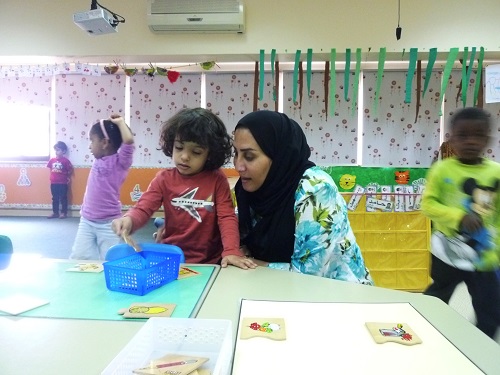 Hand-picked by Dubai’s Ministry of Education for the position of Director at the Dubai Child Development Centre, a position which Dr Shaikha has held for the past 18 years, this ambitious 51-year old UAE national has greatly contributed towards the future of education in the UAE.“In all honesty, something that started out as more of a fascination has shaped my career,” she tells me from a sofa in her homely-looking office. “When the children came along, I was gripped by the stages of their development. I know our own children impress us as parents – just because they are ours – but this was different. I found myself asking why they did certain things, and looked for ways to turn negative into positive. I wanted to understand what made them act and react in situations. It was intrigue and nothing more but it shifted my focus completely.”

Within years, Dr Al Mulla, mother-of-four,and grandmother to six,achieved a Bachelor degree in Early Childhood Education and Learning from Al Ain University before heading to Cairo to study for a Mastersin Children with ADHD. A PhD with specialist emphasis onchildren with dyslexia completed an impressive portfolio of formal qualifications – for now.“Learning is second nature to me and I suppose that’s what makes so much sense in the role I’m now in,” says Al Mulla, who is also a Ministry of Education school inspector. “When we were small my father would take us to Lebanon for months in the summer but not for a holiday like other children. My siblings and I would go to boarding school in the holiday months and continue our education. I didn’t realise the benefit at the time, but now I know it’s because he wanted us to have every opportunity available.” 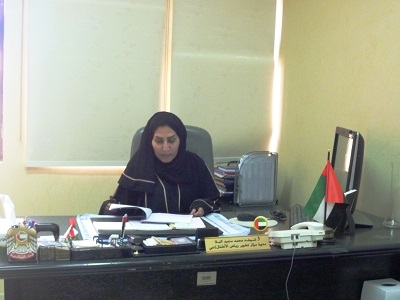 In 2005 the UK government’s Foreign and Commonwealth Office (FCO) sponsored Dr Al Mullato study for a degree at the University College Londonon how involved women are in the corridors of power. A management member of the Women’s Society Council, and member of the General Women’s Union in the UAE, Dr Al Mulla was the first person from the UAE to be selected for a Chevening Fellowship, named after the official residence of Britain’s Foreign Secretary.“I found my passion in learning and education,” but I have my children to thank for it.” Shaikha Al Mulla has two sons studying Urban Design at Oxford University, UK; a daughter with her own company and her youngest son works in the financial sector in Geneva, Switzerland.“In the beginning I couldn’t find a proper school for them and it was very frustrating. Dubai was not the place it is today, and 30 years ago it was tough to find a good school, in my opinion,” she explains. “I found myself interfering all the time in their school and studies, and never really felt comfortable with the teaching. I remember sending the nanny to check up – I was not a popular mother. But I knew things could be better and I was determined to help make that happen.”

Having a conversation with Al Mullais akinto chatting with your own, probably slightly-less concerned, mother. Kind, sincere eyes draw you in, and a genuine interest in your own choices,are soon at the top of her agenda, whether you are friend, family or stranger. She attributes her incessant drive to give everyone the best to her own children, and the success they have achieved.“It starts when they are small and this is what people miss sometimes.The local education system has improved leaps and bounds, but still has a long way to go. My biggest wish would be for the officials to realise the importance of early childhood development and learning. Education starts before they can walk.”

Using her own sonSaeed, currently living in Geneva, as an example, Dr Al Mulla’s passion is undeniable as she recalls: “He could speak four languages before he could do much else. When you witness what a little child can master at such a young age it doesn’t take a genius to realise the influence a solid foundation can have at the age of two, three, orfour.”Unfortunately,Dr Al Mulla believes too much emphasis is placed on children at the higher educationlevel, rather than at kindergarten age.“You’ve lost some of them by then,” she says.

The Kindergarten Development Centre was established in 1992 by the Ministry of Education in partnership with the Arab Gulf Program for United Nations Development (AGFUND), and the United Nations Children’s Fund (UNICEF). The Centre immediately adopted and developed a curriculum based on self-learning principles in a bid to improve and promote kindergarten education in the UAE.

It is also a training establishment for UAE national curriculum teachers and trains more than 180 staff each year. Dr Al Mulla’sstrong commitment for educationrapidly propelled her to the position of director following just a few successful years as a primary educator in Dubai. “There were no teachers to help children with special learning capabilities. It has taken time but I wanted a place where teachers could train to better themselves, and better understand the children they were teaching; it’s knowing the signs, and what to look for.”

Following the Child Rights convention of 1996, the Ministry of Education introduced a standard curriculum for teaching and education across the board for the UAE. Dr Al Mulla relished the challenge to implement the syllabus and was further granted clearance to add three modules in the creative and art design fields.“After the Gulf War I sensed a change in our children,” and explains why; “I was in a government kindergarten in Satwa and there was a kind of tension I couldn’t explain. “They seemed angry, upset, and more hyperactive. It made me realise that children are affected by these world events no matter where they are in the world and they must be educated to deal with them.”Part of Dr Al Mulla’s action plan was to allow children to express a more creative side. “We needed to move away from the idea that the only way to learn is with books; reading and writing is not always the answer.”

So what does Dr Al Mulla see for the future of UAE education?

“We live in a special place when it comes to education,” she says, full of praise for the Ministry of Education. “If you live in the UK your child has a UK curriculum; in the US, an American syllabus, and here, our children have access to whatever curriculum the parent chooses, and that is pretty unique. Even if you want your child to follow a Japanese education plan, it is possible here.”A mother before all else, Dr Al Mulla believes that cultural education – a given in the UAE – is by far one of the most important for youngsters.“Every child will crawl, stand, walk, say “baba” and “mama” – the stages of development are the same;it doesn’t matter the colour of skin or what language will eventually be the mother-tongue, it’s about a child being a child. Our children are very lucky.”sheproudlyadmits.

With Expo 2020 on the horizon, education is just one of many government sectors due for expansion and improvement over the coming years.“If I could have just one wish it would be this,” says Dr Shaikha. “We need to educate the educators and remember to start at the bottom. The tiny children of this country will eventually be leaders. Children can learn languages from as young as six months old, and this should be enough to help people see that these children are the future, and investment should know no bounds.”Finally, she sits back and breathes in a deep breath before softly saying: “Give them the tools and they will build a nation.”

If Dr Shaikha has her way she would be digging the foundations with them all.