Effective urban planning is no small feat in today’s large and densely populated cities. In order to make the best use of small spaces and limited infrastructure capacities, urban planners are constantly returning to the blackboard to draw out new and innovative designs to make cities more livable.

By no means an exhaustive survey, in this article we take a look at some of the great urban planning success stories from around the worldand discuss why they stand out as examples for others to follow. We looked at a number of different factors that make these cities so livable including the extent to which city fathers planned their infrastructure and public transport systems, the use of land, and architectural design, all leading to a high quality of life for their inhabitants.

Vienna is one of the only cities that rank in the top ten in every category of “Smart Cities.”Categories in which Vienna has taken honors are digital governance (ranked 8th), innovation city (5th), regional green city (4th), and quality of life (ranked number 1). Vienna is establishing bold, smart-city targets and is on track to reach them with programs like Smart Energy Vision 2050, Roadmap 2020, and Action Plan 2012-2015. 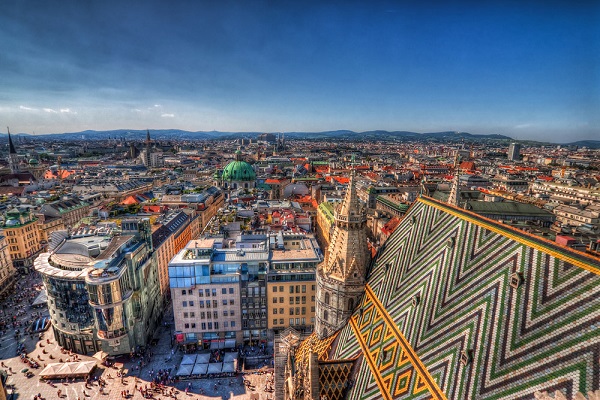 Vienna’s planners are incorporating stakeholder consultation processes into building and executing carbon reduction, transportation, and land-use planning changes in the hopes of making the city a major European player in smart city technologies.The Austrian capital’s extensive public transport system is extremely affordable, at just one euro per day if an annual pass is purchased, and is regarded as one of Europe’s best transport networks. The city also boasts some of the best-designed and most affordable residential housing, and it’s Habsburg-era coffee houses, architecture, palaces, operas, and other cultural institutions makes it a prime tourist destination.

Vienna is also leading the way in Smart City development. This means that the city uses information technology to improve the efficiency of city operations and the quality of life of its residents. A public-private partnership called TINA Vienna develops smart solutions for the city, such asthe crowd-funded Citizen Solar Power Plant—a former slaughterhouse-turned-startup-center.They’ve also expanded their electric vehicle charging network and have been experimenting with electric car sharing and electric bike rentals.

Widely regardedworldwideas the country with the best infrastructure, Singapore consistentlytops the lists because of the facilities it provides its residents, flawless design of its neighborhoods, and immaculately clean public spaces.

With an efficient public transportation network and the very current Mass Rapid Transit (MRT) rail system, getting around in Singapore is always a breeze. Not only are all modes of transport hassle-free, they are also extremely affordable and efficient. 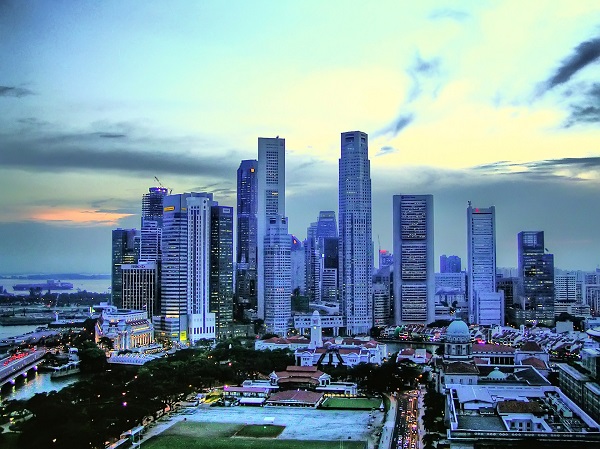 German cities are almost always at the top of the “Best Cities” list no matter what the criteria. In this article, we look atthe city ofMunichwhichis consistently in the upper ranksof urban design.Munich has amazed the world by its initiative of becomingcompletely energy self-sufficient by 2025 and is already37% of the way there! By 2025, Munich aims to produce enough green electricityin its own plants—7.5 billion kWh/year—to supply all its electrical needs. The current production is 2.8 billion kWh, using wind, solar, water, geothermal, and biomass power.

Another feat that makes this city a hub of smart urban planning isits visually stunning subway systems. The extensive public transportation system consists of underground U-Bahn trains, the above-ground suburban S-Bahn train system,along with trams and buses. The S-Bahn goes through the city center, connecting its Central Station to the East while also visiting popular destinations for tourists. One all-inclusive ticket is valid for all modes of public transportation and may be conveniently purchased at vending machines, tram and bus stops, and newspaper kiosks.

Seoul has quickly emerged as one of the top cities in Asia. The city is well-laid out in terms of public transport and infrastructure. The metro is well-connected and works in coordination with the buses, taking commuters to all parts of the city with ease.

The city has separate demarcations for residential, commercial, and entertainment areas. The city also has anefficient network of roads, highways, and flyovers. Spaces are clearly delineated for pedestrians and cyclists; there are special tracks for the cyclists so that theydo not interfere with traffic on the main road.

Additionally, while being one of the most densely populated cities in the world, Seoul hasplenty of green space and parks. The city hosts a large number of lovely Buddhist temples and summer places, surrounded by equally charming parks including the Olympic Park, with its facilities for jogging and exercising.

Zurich, Switzerland – Connectivity and Land Use

We would be remiss if we did not mention the Swiss when it comes to planning and organizing. The Swiss have meticulously plannedeach and every detail of urban life and infrastructure. An excellent public transport system and accompanying infrastructure connects the city remarkably well, allowing commuters to catch a bus, tram, or train from almost anywhere in the city. Furthermore, it is one of the few cities that effectively connects the main city with the countryside. 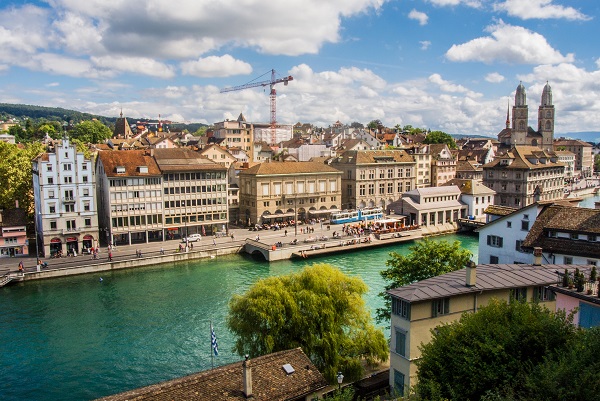 In addition to great design and infrastructure, the strict culture of punctuality in Switzerland adds to the efficiency of the system, ensuring you get where you want on time, every time.

With great landscaping and creative use of space including water systems, parks, and well-organized neighborhoods, Zurich is a picture postcard city; beautiful and extremely livable for residents and tourists alike.

Copenhagen definitely goes on the list of well-planned cities if for no other reason than its bicycle culture and the lifestyle this enables. The city has a long history of bicycle culture stretching back over 100 years. Over 30% of the inhabitants cycle to work or school in Copenhagen. Amazingly, this number is close to the total number of cyclists in the United States. 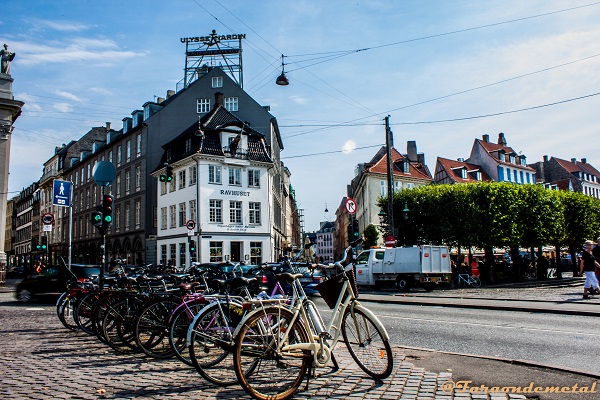 Originally developed in1947, Denmark’s Finger Plan provides a strategy for the development of the Copenhagen metropolitan area. According to the plan, Copenhagen is to develop along five ‘fingers,’ centred on S-train commuter rail lines that extend from the ‘palm,’ that is, the dense urban fabric of central Copenhagen. In between the fingers, green wedges provide land for agriculture and recreational purposes. The Finger Plan has led to a sustainable design for urban living and commuting whereby the urban center is in the palm and the fingers represent paths to the suburbs.

This city is consistently ranked among the top three cities in “Most Livable Cities” and “Best Cities in the World” lists. In fact, “Vancouverism” has become an internationally known term that describes a new kind of city living. Vancouverism combines deep respect for nature with enthusiasm for busy, engaging, active streets and a dynamic urban lifestyle.

Vancouverism means tall slim towers for density, widely separated by low-rise buildings for light, air, and views. It is also exemplified by the city’s many parks, walkable streets, and public spaces, combined with an emphasis on sustainable forms of transit. This is achieved by livable, high-quality urban design through creative planning, combined with carefully crafted development policies, guidelines, bylaws, and ongoing reevaluation of the current and future states of the city. It is no wonder city planners and urban designers come to Vancouver from around the world to find inspiration for re-imagining their inner cities, and to look for inspiration for more sustainable ways to live healthy and sociable lives.

Brazil’s capital is one of the best known planned cities in the world. From space it looks like a bird, or a plane… or Superman! The city was almost entirely built in forty-one monthsat great expense and opened in April 1960. It was intended to be a more centrally-located capital for the country whose previous capital, Rio de Janeiro, sits on the southeastern coast in the midst of much of the country’s commercial activity.

Today, Brasilia’s greater metropolitan area is home to nearly four million people. Of the cities of the world founded since 1900, it is one of the largest.The city is mapped out in the shape of a huge bird with specific zones assigned for different purposes such as residential, banking, hospitals, and business. It was recently chosen as a UNESCO World Heritage Site due to its modernist architecture and uniquely artistic urban planning.