Project Management at a Glance 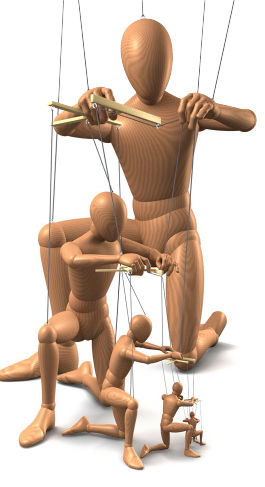 Over the years I managed different projects and influenced many people through my behaviours. Persuading people to satisfy my requirements was a difficult task for me when I started as a project management practitioner. Some years later, I understood that everyone is an influencer of other people.

If you want to be successful as a project manager, or to make a decisive impact on your projects, you need to become a person of influence. Your success will depend on your ability to positively influence first your project stakeholders; but equally, your team members. No matter your professional or personal goals in life, you can achieve them faster if you learn how to become a person of influence. This article will help you to uncover your influencing skills, to structure them and put them to good use.

I have observed that influence behaves curiously. When you meet people who do not know you, at first you have no influence with them at all. If someone they trust introduces you and gives you an endorsement, then you can temporarily “borrow” some of that person’s influence. Others will assume that you are credible until they get to know you. As soon as they have time to observe you, you either enhance or lose that influence.

The second level of influence is motivating. You motivate people when you encourage them and communicate with them on an emotional level. The process creates a bridge between you and them, and builds up their confidence and sense of self-worth.

I consider the third level of influence mentoring. Listen to people’s requirements and problems. You probably will not be able to have an impact on them so rapidly that they solve their problems immediately, but at least you could share similar experiences. Positivism here is crucial.

For several years I have been telling my horse story every time I needed to convince somebody about project management beliefs. Only when you believe in something will you be able to sell it. Many people remember me because of that joke; I think that means that I was able to influence them in some way. Now imagine a Gipsy who wants to sell a horse to a Spaniard. The gipsy says: “I want to sell you a horse”. The Spaniard answers him: “I don’t need a horse”.

“Oh yes, you need it”, says the Gipsy; “This horse wakes up in the morning very early, does all the chores at home, goes to the super market to buy groceries and when you come back in the evening everything is done. This is a fantastic horse, you need to buy it”. “I don’t really believe you but I’ll buy that horse” is the Spaniard’s response.

What I learned is that every one of us is influencing people every day, but we are often not conscious of that. Remember, if you want to influence people and you want to sell an idea to somebody (sell the horse), you need to prepare yourself (praise the horse for its advantages).

Persuasion is important, but tricky. We have all been victims of sales people, colleagues or bosses who used persuasion techniques to make us do something we later regretted. And the next time we saw that person, we knew not to trust them. Those people can use the tricks of persuasion to fool us once, but we will not be fooled again. Persuaders start and finish with their own needs. They only want to sell their product or plant their idea.

Influencers play for much higher stakes than persuaders. Influencers do not want to be successful once. They want to build commitment that lasts. While there are numerous definitions for influence, my definition is: the power of achieving things through other people. The project manager has the power to influence their team members and stakeholders but they need to develop that skill to be more successful.

Persuasion is the ‘here and now’ skill we have to learn. Influence is investment in the future. As a project manager you are going to have to deal with resources regularly so it pays to learn both persuasion and influence.

Dialogue happens before and during the persuasion process. Before the process begins, effective persuaders use dialogue to learn more about their audience’s opinions. During the process, dialogue continues to be a form of learning, but it is also the beginning of the negotiation stage.

Persuasionoften involves compromise. Perhaps that is why the most effective persuaders are open-minded, never dogmatic. They enter the persuasion process prepared to adjust their viewpoints and incorporate other’s ideas. When others see that a persuader is eager to hear their views and may make changes in response, they respond very positively. 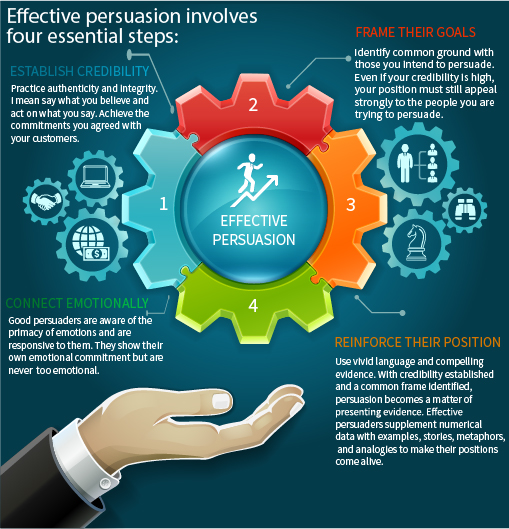 1. Be ambitious: Lack of ambition is a recipe for a disaster. For many project managers, the greatest barrier to success is in their heads. They accept low expectations. Ambitious project managers though, have high expectations of themselves and others. They reach for the stars. Even if they fail and only reach the moon, they will be far ahead of others whose expectations reach no further than next year’s beach vacation.

Walking in other people’s shoes is not about being nice to other people, or even agreeing with them. It is about understanding them.

3. Develop commitment: The commitment mind-set is central to the world of influence, not control. The control mind-set likes hierarchy: power comes from position. This makes it very limiting: the control mind-set does not reach beyond the barriers of the hierarchy to make things happen outside a limited range of control.

4. Start with the end in mind: Influential people work out the desired goal and then work back from there. If we start from where we are, we may decide that our goal is not achievable. If we start at the end, the only question we should ask is “how do we get there?” not “can we get there?”

Learn how to persuade and influence

I never found a recipe that allows you to create a magic potion of persuasion and influence. Instead, you have to learn a range of skills. My advice is to try one skill at a time. Each skill will make you a better influencer and a better persuader. Learn all of them, and you will acquire a sort of aura, which will induce people to follow you. This paper is the help you need to start experimenting with. Each skill is the product of constant trial and error. The failures are important too, including other people failures- avoid the many pitfalls others fell into!

I don’t know exactly what your dream is in life as a project manager but if you want to make an impact, you will have to become a person capable of influencing others. If you become a person of influence, then maybe someday when other people recall names of those who made a difference in their lives, you just might be on the list.