It’s All About the Dirhams

Over the past two decades, the UAE has earned a reputation for embracing change and striving for excellence in public and private sector services. The financial sector has been at the forefront of this drive in positioning the UAE as a regional and global leader in banking and financial services.

The financial sector is a crucial component of the Abu Dhabi Economic Vision 2030 that was launched under the leadership of His Highness Sheikh Khalifa Bin Zayed Al Nahyan and is expected to play a huge role in diversifying the economy of Abu Dhabi.

When it comes to the financial sector, even key commentators from the Big 4 Consulting Firms believe the numbers look good. The banking and finance sector in the UAE has been growing at a phenomenal rate, and the substantial advances in providing a sophisticated avenue to channel money flows in the region are a prime example of this. 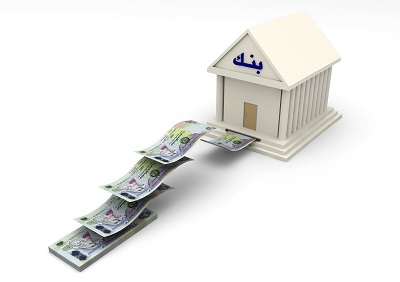 Comprising of 23 local and 26 foreign banks, with 957 branches between them, the banking sector in the UAE has for quite some time benefitted from being in a very sound and robust position. The economic outlook of the UAE and Abu Dhabi in particular seems expansionary despite recent “disturbances” in global economic conditions. This in turn will inevitably have a positive impact on the banking and finance sector. An increase in spending and central and development bank funding for projects that support Abu Dhabi’s Economic Vision 2030 program will increase the role of this sector in supporting the economy of Abu Dhabi and propelling it to new heights.

Looking at the figures, the mid-year Banking Sector Summary published by the National Bank of Abu Dhabi reports that the twelve-month rolling sum profits for the listed banks in the UAE have reached a frankly impressive US$ 10bn at the end of Q1 2015, which is a y-o-y growth of 18.4% for Q1. The sector is by far the most profitable sector of the economy.

Abu Dhabi, the richest member of the UAE’s seven-member federation, is one of the strongest financial markets in the Gulf, if not the world. The financial sector in Abu Dhabi and across the UAE is effectively resourced to deal with global and domestic stress scenarios and has handled the recent global financial turmoil relatively well.

In Abu Dhabi,the state owned financial institutions play a tremendously important role in shaping the banking and financial sector.One major playeris the Abu Dhabi Department of Finance, who are responsible for the management of a large part of public sector spending. The Abu Dhabi Investment Authority (ADIA), who invest funds on behalf of the Government of the Emirate of Abu Dhabi, also are a significant firm. Further key components in the public sector are theAbu Dhabi Investment Council (ADIC), who also invests funds on behalf of the Government of the Emirate, and Abu Dhabi Holding (ADH), who offeran array of innovative financial instruments to help satisfy the growing needs of the local community. Another business to take note of is theAbu Dhabi Securities ExchangeADX, which is an autonomous state owned enterprise (SOE), that provides opportunities to invest in securities that can benefit the national economy.

The market capital of the Abu Dhabi security exchange is around $115 billion while the trading volume is around $149 billion, making it the 3rd highest in the GCC following Saudi Arabia and Qatar. There are 67 companies in four sectors listed on the Abu Dhabi Stock Exchange and banks are the biggest component. Other major investment sectors include real estate, investment & financial services, general services, industrial, telecommunication, insurance, consumer staples and energy.

The UAE’s financial sector has experienced impressive development over the past few years. Low interest rates, diverse and competitive product offerings,and no tax are principal characteristics of the financial sector in Abu Dhabi that is seen to offer a range of great incentives for local brands. However, consumer reports have highlighted that customer service and experience results are low compared to global benchmarks. This finding has gone on to fuel heavy investments in digital transformations and innovations to improve a customer experience that needs evident work.

With the key priorities of improving customer satisfaction, loyalty, retention, and wallet share measures, UAE banks are in a competitive race to provide customers with the best and latest financial products and services. In 2016 and beyond, the digital banking trend is not only set to continue, but will accelerate, as local banks invest in innovation and catch up with those who have a first mover advantage.

Here are some of the top UAE retail banking trends and predictions for 2016 and beyond:

Branch banking in the UAE continues to be vital in the ambition to entice new customers and improve accessibility and loyalty.Although financial transactions are increasingly going online and mobile, branch banking remains an important part of the ‘local bank’ culture.Despite this, 2016 and beyond looks set to bring more self-service facilities with digital advice on investments, savings, and insurance through accessible and interactive means such as tablets and touchable walls.Banks are also setting the foundations to offer virtual branch experiences through Facebook banking and even possibly a dedicated Virtual Reality portal. 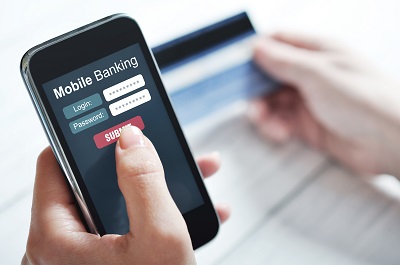 As mobile phones continue to be an integral aspect of banking convenience, banks will look to develop mobile phone apps and solutions to streamline processes and ensure customers (or potential customers) are able to interact effortlessly with a bank through their phones. From browsing products and services to completing an application process, the mobile will become the most important channel for banks hoping to engage with a tech savvy population that are eager for easy access anywhere.

Today, consumers hold extremely high expectations for financial advice from their bank. People are increasingly looking to banks to help manage their day-to-day spending habits and offer real-time advice. When a customer spends too much money on a product or service in a month, they expect the bank to advise them, and provide them with alerts to help them manage their budget. In response to this 2016 will inevitably see the rise of smart banking tools like Personal Financial Management (PFM), Sensors, and GPS alerts.

The banking industry is often criticized for making banking too complex and difficult to understand for the average consumer. Banks will likely vamp their efforts to make banking procedures simpler and more transparent, reducing the amount of jargon and complex information in marketing materials and consumer documents will make banks seem more approachable and accessible.

Social Media Marketing in the banking sector will also increase, using rich media that consumers enjoy more, such as video and images to attract and engage.

5. Digital is Driving the Way

Digital payments have already had a successful debut in the UAE, and with the support of government sponsored smart and e-services initiatives, we expect to see a lot of activity in this area in 2016. Local examples such as the BEAM Wallet, Mashreq ‘s TAPnGO, Emirates NBDs MePAY, and NBAD’s Arrow have already paved the way in a movement that is only going to grow. The UAE is still a little behind on the digital payments scene though, and as local consumers learn more about these technologies from media, they will expect to receive similar services from their local banks.

Because there are so many banks in Abu Dhabi, the individual banks compete with each other to gain customers and market share. This is forcing banks to constantly upgrade their services and provide international standard services to their clients. This competitive nature is resulting in a financial service that is constantly getting better and better.

Both private and public banks in Abu Dhabi have won various international award and honors. Some notable examples of this include the Abu Dhabi Islamic Bank, who won the IAIR BANKING AWARDS held in Hong Kong in 2013. The award was presented to the bank for being an essential point of reference in offering Islamic financial solutions for the global community. The Abu Dhabi Islamic Bank was also commended for its simple and transparent banking system.

In addition, other local banks such as the Abu Dhabi Commercial Bank have won prestigious global awards. THE ADCB won the Trade Finance Award, in London for their continued work in raising the quality and standard of trade finance products in the UAE.

Finally, the National Bank of Abu Dhabi (NBAD) has also seen significant success with awards and praise.The bank was named the Best Debt Capital Markets House in the Middle East by Euro money magazine and recently, it was awarded the “Best Sukuk House of the Year Award” at the Global Islamic Finance Awards 2015. All these examples only reflect how the financial services in Abu Dhabi are continuing to prosper.

The capital’s new financial centre, Abu Dhabi Global Market, is set to take centre stage with its official launch this month. Founded in 2013, ADGM was established with the aim of developing a world-class international financial hub in the capital. The ADGM is comprised of the Financial Regulations Authority, Registration Authority, and ADGM Courts. It has recently ended its open market consultation for financial regulations and rules in August, whereby it sought out and incorporated feedback from stakeholders to ensure that the legal framework is attractive to local, regional, and international players.

Located on the beautiful Maryah Island, ADGM aims to capitalise on the UAE’s geographical advantage at the centre of the fastest-growing markets in the world, and challenge existing financial centres in Europe and Asia. It also aims to capitalize on Abu Dhabi’s oil wealth, political stability, financial services, and global investment portfolio to attract international investors.

The banking and financial sector forms a big part of the backbone of the Abu Dhabi economy. With sustainable growth, sensible development and monetary policies, it is envisaged that the progress of banking and financial sector in the coming years will meet and perhaps even surpass the objectives of economic sustainability set by the Abu Dhabi Economic Vision For 2030.