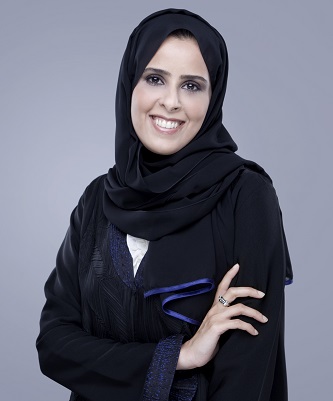 A proud Emirati, when asked where she is from, Ms. AsmaLootah replies proudly, “I am from Dubai. 100% from Dubai, born and raised!” She characterizes her family as being a tightly knit and conservative Emirati family, with parents who were keen on seeing their children receive the best private school education. Asma continued her education in the United States where she received a bachelor degree in Business Administration and a minor degree in fine arts from George Washington University.

Asma returned home in 2000 and soon accepted a job offer with Etisalat. “For the first four years, I worked in the Internet Engineering Department. I am not an Engineer so that was definitely very interesting,” she comments. “My business degree was in Information Systems, so perhaps they got confused! Maybe they thought I had a computer science degree.” Asma laughs. Looking back, Asma admits that those first four years at Etisalatwere painfully slow. So when I asked her why she stayed for so long, she replies, “I think I am the type of person who doesn’t give up easily. I just wanted to prove that I could do it!”

Asma refers to her years in Etisalat’s Engineering Department as a great turning point in her life which she calls her “self-discovery phase.”She spent a lot of her days asking over and over, “What do I want? What do I like? What do I enjoy doing?” She also made a quick career change during this period, moving to the Marketing Division at Etisalat to explore other career options. However, Asma was constantly thinking about her Plan B. “I did not want to leave Etisalat without having a plan B. Everyone in my family works. Nobody sits at home and does nothing so I didn’t want to be labelled as the loser,” Asma says with a chuckle. It was also during this time that she discovered the fitness system Pilates, and became an instant and loyal fan. “I fell in love with the system. It truly changed my life!” Asma exclaims. “It was my escape; something I could look forward to. I loved the teacher, the group of friends that we established in the class, and the positive energy.”

There came a point when Asma knew it was time to leaveEtisalat. She wanted to resign and start her own business. But what business? She explored options and brainstormed with friends and family members for months, andfinally came to the conclusion that if she was going to open a business, it would be best to create one for herself, by herself. “I asked myself these questions: What do I love? What am I passionate about? What can I give back? To my country?To the people? I wanted a business that reflected me.” When the Pilates Studio Asma attended was about to close down, that’s when it all started. “My brother Arif suggested that I open my own Pilates Studio. It was like he read my mind! This is what I want!” Asma says, giving her brother great credit for her initial inspiration.

In 2006, Asma resigned from Etisalat without notice, and with confidence and faith, determined to start her own business.“When I look back, I asked myself: Oh my God, how did I do that?” She says she still remembers her parents’ initial reaction: “Shooo Pilates Studio?! What is Pilates anyway? You resigned from a good job to open this?” With limited funding and a sceptical reception from her parents, Asmaopened The Hundred Pilates Studio in Dubai’s Healthcare City in 2008. Asma gathered what she could from her Etisalat savings and investment shares, which she sold for cash. She did her own research and purchased the equipment in her 1600-square foot studio herself. She then created and published a recruitment ad and sent out emails to all the good Pilates Studios around the world, looking for the best trainer. She finally found the perfect trainer who ended up staying with her for the next three years. When asked about the name of her brand, she explains: “The name is derived from the Hundred, which is a classic Pilates mat exercise. I came up with the name while discussing the idea with a good friend of mine from university over the phone. It evoked great memories from my first Pilates sessions. We used to whine and complain because it was so hard!” 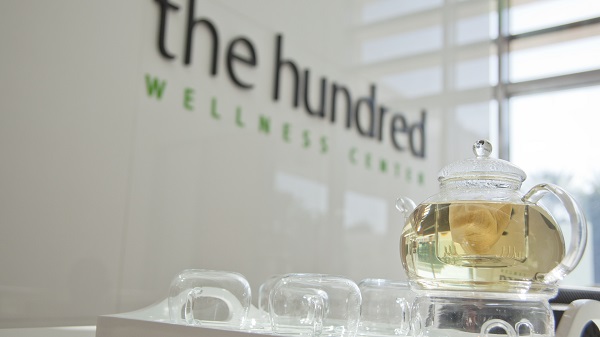 Asma focused her energy in the first couple of years on perfecting the core service, which was her Pilates classes. Starting off with just two trainers and herself, Asma’s business soon grew to include three trainers and two receptionists to keep up with the number of classes and customers. In 2011, Asma’s dad approached her with a great surprise. He owned an old villa in Jumeirah where the tenants were about to move out. “That was one big surprise for me. The location was perfect and this was an opportunity of a lifetime. What’s better was that it was a clear sign of approval from my father which meant a great deal to me,” she recalls fondly. Initially, Asma was going to renovate the old villa. Her brother Tariq recommended that she just demolish the villa and build her new centre from scratchwhile expanding her services, and that’s just what she did. When we asked Asma how she funded this big venture, she replies with a smile, “First, I applied for what I refer to as a type of crowdfunding: At home! I received great financial support from my parents and siblings who financed my initial costs.” She also applied for a business loan from Abu Dhabi’s Khalifa Fundfor to cover the costs of outfitting the new centre and became a member of Dubai SME for further financial and administrative assistance. Asma credits both these local government agencies for great financial and administrative support in setting up her business and recommends them to all Emiratis who want to establish their own enterprises.

In April 2014 and after three years of hard work, Asma opened The Hundred Wellness Center in Jumeirah in her new,two-floor, 10,000-square foot space. The new centre is a one-stop shop for health and wellness that Asma likes to call, “The Happy Hub.” The new centre is packed with services that include Pilates, functional training, physiotherapy and holistic treatments, and much more. Asma has also teamed up with the renowned nutrition and weight loss specialists, the Wellness Brothers, to offer high quality supplements and weight loss programs that are to be dubbed “The Downsize Me Program.” She has also partnered with fellow Emirati, Ibrahim, who runs the café at the centre. She says that it is important to find like-minded individuals to work with, and that’s just what she found in her strategic partners who source only the best, most wholesome, and healthy ingredients for their products.

When asked about the most difficult challenges she faced in getting her business off the ground, Asma comments,“The toughest part about setting up a business in the UAE is navigating through the licensing and government approvals processes! I feel that there is confusionanda lack of integration when it comes to getting all the approvals and inspections for businesses and this takes a lot of time and energy. Having Dubai SME’s support did help a lot though, especially with waving my licensing costs for three years and helping me complete all the necessary approvals and inspections.”

As for the most important qualities an entrepreneur should have, Asma says: “For me, the most important thing is ethics. You need to build a brand that people can trust. You have to be dedicated to providing the best quality services and maintaining your brand integrity. Having a specific goal in mind is also very important, but I believe that the most important goal should not be a financial one. Being passionate and driven are also essential to business success.” She adds, “Most of my customers have stayed with me since the first studio. Even if a trainer leaves, they know that I will always bring the best staff. They know me and they trust me.”

Her business philosophy and ethics certainly seem to be paying off. Asma has claimed a number of awards and achievements including being named one of the Ahlan Magazine HOT100 in 2011 and in the same year The Hundred ranked number 45 as one of Dubai’s top 100 small and medium enterprises. In 2012 Asma won the Emirates Woman of The Year Award in the achievers category. And in March 2013 The Hundred was selected as best health and fitness facility in the UAE by Sports Industry Awards.

Asma has created a place where people can come to feel good. She is now working on opening her weight loss section and introducing more holistic services.

“I had a gut feeling and thanks to Allah, my gut feeling never fails me… I knew that it would succeed!” Seven short years later, with a lot of hard work and more than a little faith, Asma has proven her gut feeling correct and is an inspiration not only to other women but all Emiratis.