One City, One Vision, Many Hands

Time is money and money is development as Abu Dhabi forges ahead with growth plans geared towards 2030. 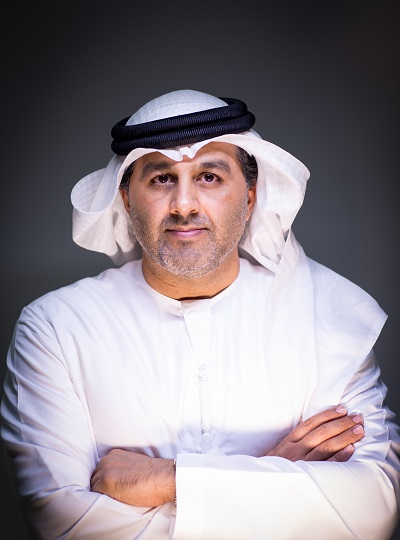 If you haven’t heard of Mr. Mohamed Al Khadar, the Executive Director of Urban Development &Estidama Sector at Abu Dhabi Urban Planning Council (UPC), then you’ve most probably dropped your children at schools he’s helped to approve, taken ill at hospitals he’s granted permission to build or you may even live in a home he’s helped conceptualize. But of course, Mr Al Khadar won’t take all of the credit, because to him teamwork is the epitome of economic and environmental success. “A leader should believe that everyone is useful, all you have to do is dig deep.” Perhaps it’s metaphorical but the meaning behind the message is something that propelled Mr. Al Khader along with Abu Dhabi to a status few other leaders and cities relish: visionary.

These visions are nothing short of award winning.Abu Dhabi, in fact, was one of the 15 cities shortlisted in October 2014 for the Guangzhou International Award for Urban Innovation. As well, Mr. Al Khadar waspersonally awarded the prestigious Rabdan Award for Best Executive Director, which recognizes excellence in the field.“It was quite amazing,” said Mr. Al Khadar of his win, who then went on to say: “I have previously won four or five awards but from the Rabdan, (as it’s awarded based on submitted documentation) you’re able to dig deeper into what you have done and see the things that you are capable of.” This, he is referring to,is “the audit room”. A process of sorts, which he created, whereby approvals are drummed down into one streamlined, sanctioned service. “Instead of the client submitting documentation for approval, which ‘usually’ is missing vital sections, is now a process that ensures the clock does not tick until the planner is able to sign off and say the documentation is acceptable. This gives us a 90 percentile on improvement.” That same year their plan won the most improved at Radban too.

Aside from his many awards, what supportsMr. Al Khadar’s stellar 17-year service to his previous posts within Aviation, General Investment, Ports and now the Urban Planning sector, are four degrees. The Executive Director pools his education, which includes a BS in Aerospace from Metropolitan State University of Denver, USA, an Executive MBA from the American University of Sharjah, UAE, an Executive Education in Competitive Strategy from INSEAD, France and an Executive Education in Governs from Harvard University, USA, to lead (and learn from) a sector that is so vital to the future of Abu Dhabi, that it now has it’s own fifteen year implementation plan.

“At UPC we are the custodian of the 2030 plan and we are assigned by the government to make sure the plan is on track,” confirmed Mr. Al Khadar.“Yet, there are so many stakeholders, entities, corporations’ interests, and commercial entities to manageso we have to have a strong communication plan.We’ve found that when you share knowledge with different entities, it works. We let them feel that they’re apart of it and their inputs are very vital. There was trust created through this communication plan.” This, it seems is the cornerstone of Mr. Al Khadar’s ability as a leader to be forward thinking and engage with the many hands that make light of the work. As is his ability to admit failures.

Aptly speaking: “When we re-launched the Estidama program in 2010 we faced great resistance probably because the market wasn’t ready. There’s no shame to say that there was no proper communication plan either.” However, after a two year “resistance” period followed by a slow tolerance, which reached a crescendo in 2013, did the market then start to “accept the implementation”, according to Mr. Al Khadar. Now due to a series of highly effective training workshops, is the Urban Development & Estidama Sector operating at a per functionary level. So much so that Estidama went from working with two suppliers to now, what is estimated to be, over 120 suppliers. “That’s a lot of market variety created because of Estidama. A lot of developers now approach us too.” 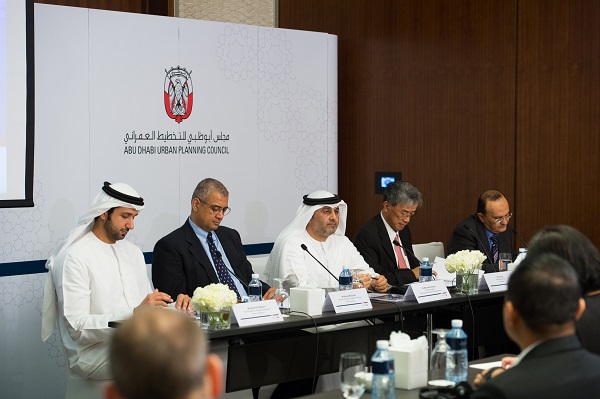 There is a downside, however, to the dramatic rise in development. “The challenge is managing the growth. We have to balance developers. As a matter of fact they’re not concerned with their surroundings, they’re concerned with their plot. So if someone wants to build a hospital but there’s another hospital two kilometers away, planning wise that’s wrong. But the investors don’t care. That’s where we came in. We manage the growth.” On the upside, developers are seemingly paying attention to the advice and attributable evidence UPC is privy to providing. “In particular, one developer we tried to convince to implement middle-income housing, which he’d never thought of. We spoke to him about the market noting that it hadn’t been addressed and we gave him some numbers. He then went on to assign a company to do the project.” This then becomes a benefit to the business of building cities as well as to those who live there.

Then, to prove the power of that progression came an announcement a day before our exclusive one-to-one discussion about the future of Abu Dhabi and Mr. Al Khadar’srole in it. UPC confirmedthat the Integrated Concept Master Plan (ICMP) for Al Reem Island had been approved, citing that the future of the Capital is on track according to the 2030 vision. This vision includes a more concentrated and concise effort to develop infrastructure in and around the island.

Also in the pipeline is the development ofYas North, MadinatZayed and Mirfa Civic Centre in Al Gharbia, Al Jimi Mall expansion in Al Ain, Saadiyat Cultural District and a few that currently aren’t allowed to be “disclosed” according to Mr. Al Khadar. However one important addition to these developments is to note that UPC now mandates that any development must have a school, parks as well as mosques to ensure the infrastructure is a well-rounded and beneficial community addition. These factors play into a much larger part of the action plan: Plan Capital.

“Last year the first milestone was finishing the Plan Capital with 70 entities through specific workshops,” confirmed Mr. Al Khadar.“It was a huge exercise done over six months.” According to the Emiratithis process allowed for a clear focus, for: “An update of the plan that was very fruitful and very solid as we had everyone involved. Now we know the growth boundary of the capital as well as that of Plan Al Ain 2030, Plan Al Gharbia 2030 and Plan Maritime 2030. At a certain time we will revisit the boundary but for 2030 the aim is to reach 150 million m² GFA (gross floor area). We’re now at 96 million m² GFA.” Calculated expansion is the pivot point for securing the success of the Emirate. It’s also motivation to bring together the surrounding areas under one unified umbrella of development.

Following the Plan Capital comes three more milestones, namely the CIP (capital investment plan), which according to Mr. Al Khadaris: “A concept that was not put in the initial 2030 plan. Yet it gives a clear picture of how much the government will spend to get this plan completed.” And when we asked why it wasn’t included in the seed stage? He simply said: “We learn from our lessons.” The plan was submitted last September to the government for approval. UPC is still waiting for that approval to move forward with the third milestone: implementation.

The fourth and final milestone is the accuracy of the macroeconomics, which directly and indirectly contributes.“This is very important because it affects the plan a great deal. Especially if your population is not what you expect then the plan affects the GBD, which affects economics.As well, the prices of oil, political stability, the natural growth of the population; all these components affect the macroeconomics. As for numbers… We’re being conservative; we’re being realistic. If we record more growth in 2020 then we expected, that’s OK, but if you plan for more than you need, then that is a problem. So the UPC has agreed that on an annual basis we’ll review the numbers and see if we have deviated from the original plan.”Overall there is a plan for the plan and the effects will be felt in the Capital over the next coming decade.

So in lieu of the limelight that is currently being shone on the master plan, Mr. Al Khadar simply sums up his position on the subject by saying: “Today, in my world, we speak the same language as the clients. I create a balance between UPC and the developers. That balance helps to strengthen the relationship. That’s the culture I have created in my sector at USP.” That’s the culture of the Capital!