Not to miss Culture and Heritage Attractions in Abu Dhabi

Abu Dhabi is home to a rich collection of the Emirati culture and heritage. The modern museums offer visitors a wonderful insight into the Arabian traditions and culture while they walk through the ancient forts, gardens, and palaces of the glorious Middle Eastern history. In this segment, we take a look at some of the amazing culture and heritage attractions in and around Abu Dhabi.

Sheikh Zayed Grand Mosque is a modern marvel. Its white marble structure is a sight to behold;often compared with the majestic Taj Mahal. The Sheikh Zayed Grand Mosqueis ornamented with exquisite artefacts such as the world’s largest chandelier and the world’s largest hand-knotted carpet. The 22,412 square metermonument can accommodate 40,960 worshippers. Barring Friday mornings, which is reserved for worshippers, admission is free and open to visitors. If you have not visited or prayed at this mosque yet, you are missing out on a truly inspiring experience. 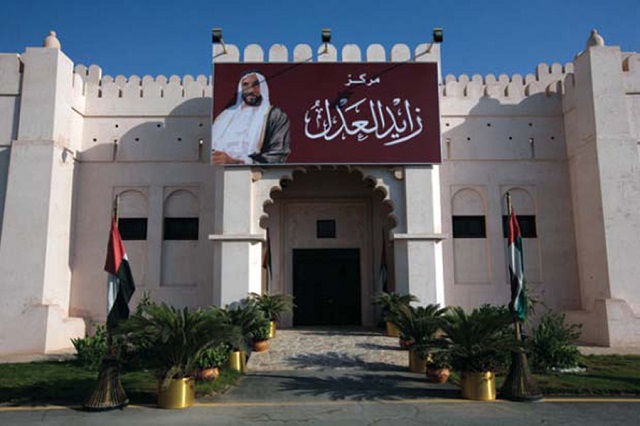 In 2009, Abu Dhabi dedicated the Zayed Centre to the Father of the Nation, the late Sheikh Zayed bin Sultan Al Nahyan. The center dedicated to Sheikh Zayedhouses a photo gallery, a sampling of personal belongings, and a collection of his personal cars. It offersa unique experience for anyone interested in knowing the man who laid the foundations of the 21st century UAE. 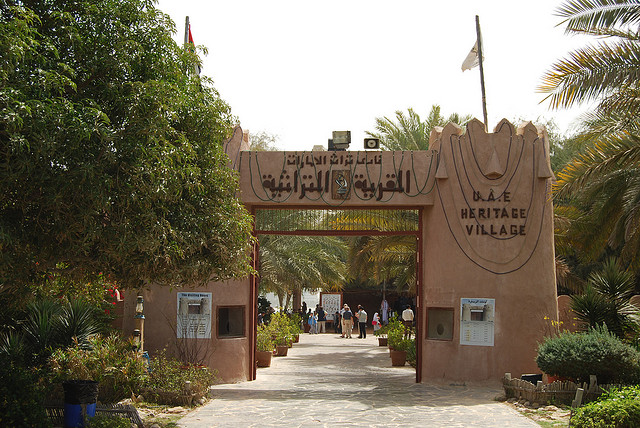 Historically, many villages were concentrated around oasesin UAE. At the Abu Dhabi Heritage Villagethe visitor will find a reconstruction of one of these traditional oasis villages. On display are rarities such as goat hair tents. There are also traditional water wells, an irrigation system,and other engineering creations that made life in the desert possible.It is lauded for its attention to detailin the Emirati tradition and serves as a beautiful reminder of the past and an insightful educational experience for persons of all ages. 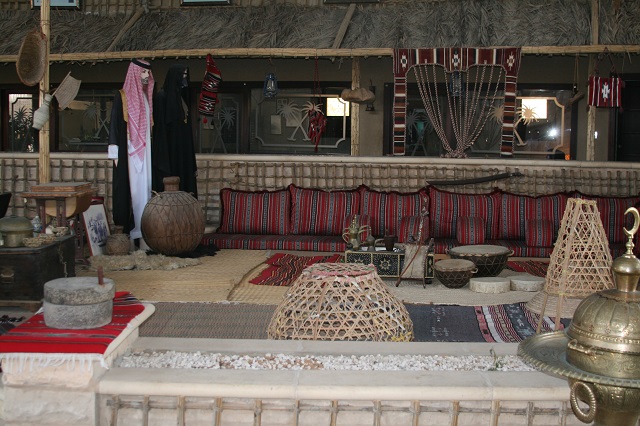 The Heritage and Culture Villageis located within the AlAinSportplex. For its rich and diverse display of the Emirati culture, it is a major attraction in the garden city of Al Ain. It’s a bit like the Abu Dhabi Heritage Village but on a larger scale witha focus on different themes organized intodedicated sections at the venue. Whether you wish a trip down memory lane or to learn more about the UAE’s rich historical tradition, put your phone on silent and take some time out to visit this simple and beautiful piece of the past where a Blackberry and an Apple were simply fruits! 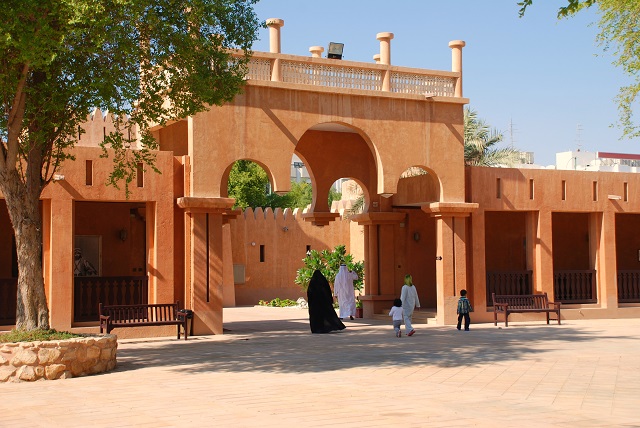 Al Ain Palace Museum,or Sheikh Zayed Palace Museum, was the palace of H.H the late Sheikh Zayed Bin Sultan Al Nahyan. The palace, which was built in 1937 and has since been converted into a museum, strives to maintain the look and feel of the past and does considerable justice to the intention. AS this was the actual residence of the ruler and his family, the museum contains much information to educate us about his family tree and history.

The palace consists of many courtyards, each for specific purposes such as wards for guests, children’s housing, and meeting rooms or ‘majlis’ for the local and foreign visitors to the palace. Thanks to both the construction as well as the way of life on display, a walk through the courtyards is bound to transport you into an altogether different world, very much in contrast with the bustling life you would have left behind at the gates. 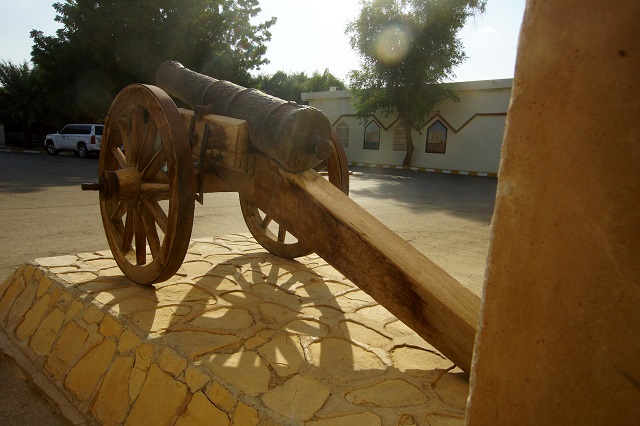 The Al Ain National Museumis the oldest museum in Al Ain and was built by the former President H.H the late Sheikh Zayed Bin Sultan Al Nahyan. The museum contains artifacts dedicated to both the ethnographical and archaeological history of the region. Visitors will get an overall view of country’s 7500 years of tradition and culture.

On display are objects catering to the daily routine activities of the community, such as traditional education and teaching, recreational pastimes, household equipment, and professional gear such as those used for weaving, fishing and medical procedures. Traditional art forms and musical instruments are also present.

The Archaeological section displays objects from Stone Age to the Islamic period; definitely a treasure trove for the history buff. Several items are exhibited, including ancient tools made of flint and stone, and fine arrowheads. The section also contains artifacts from the grave at Hili and Umm an Nar, such as pottery, stone vessels, and copper objects.

The 200-year-old Al Maqtaa Fort offers a wonderful historical backdrop to the modern Al Maqtaa Bridge and adjacent Sheikh Zayed Bridge. It is an important part of the Emirati cultural history. The visitor information center provides insights about the fort and the history of local area. 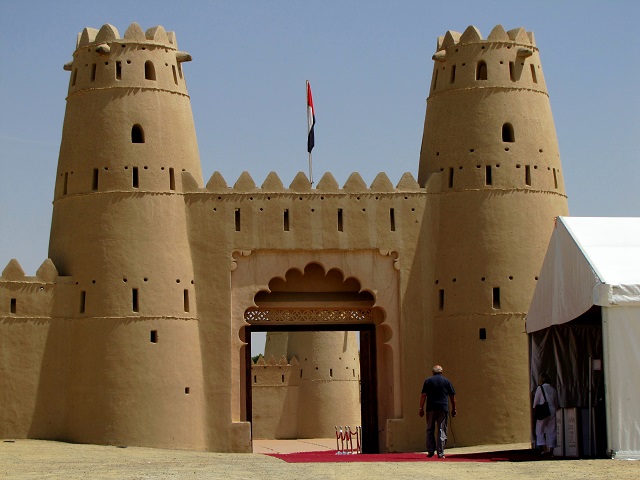 The fort was first erected to protect the city and its precious palm groves. Built in 1891 the landmark historic building served as a home to the Oman Trucial Scouts and the local governor until it was converted to a museum. The fort is known for its collection of the work of British adventurer Sir Wilfred Thesiger (popularly known as Mubarak Bin London).

Built in 1816, Muraijib Fort Abu Dhabi is one of the oldest forts in the garden city of Al Ain in Abu Dhabi. The marvelous fort,surrounded by attractively landscaped gardens,was built by Sheikh Shakbut. It is divided into three sections:themain fort, a watch tower, and a smaller fort. Muraijib Fort is reserved exclusively for women and children to enjoy in a comfortable and relaxing environment. Restored to its original glory, it is also illuminated at night. 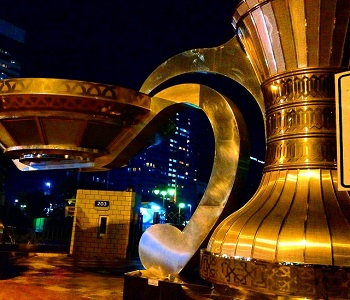 Locatedat the back of the Maritime Museum, the Khalifa Park Maritime Museumtime tunnel can be easily missed. But if you are able to find it, the time tunnel is one of Abu Dhabi’s true hidden curiosities—a subterranean ride that tells the story of the emirate via sound, speech, and a legion of smiling waxworks. The time tunnel takes visitors on a 20-minute rail ride through the country’s history and is a favorite among kids and parents.One of the highlights at the museum is the section that shows why it is important to retain age-old values and traditions while embracing the future.

The ocean, sandy beaches, and gleaming city are very popular with tourists and residents alike. But anyone who takes the time to visit these cultural and historical sites will find a dimension of the city that will add immensely to the experience of a short visit or making a home in Abu Dhabi.