It is almost impossible to even imagine a world without oil and gas, the largest source of energy production in the world. In our pursuit of energy, our production practices constantly evolve and progress so that we employ only the most cost-effective and efficient production techniques available. Incorporating technological innovation, minimizing the environmental effect, and ensuring social responsibility improve the world today and create a better tomorrow for the generations to come.

In this article we’ll examine best practices in the industry from around the world and point outsome of the key considerations in adopting selected practices in this regions’ oil and gas industry.

Cases of Good Practices in the Global Oil and Gas Industry

The State of Oil and Gas in the US

The US has now become the leading oil and gas producer in the world and is one of only seven countries that have national guidelines requiring mitigation measures during seismic surveys to reduce their impact on marine life. Despite the lack of any international requirements, all seven nations, including the US, collaborate to enable sharing of vital information. 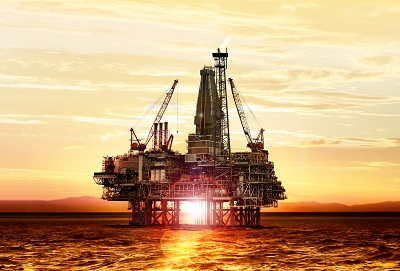 The country has implemented an industry-wide data management program through itsEnergy ManagementSystem (EMS). The program is considered the most cost-effective technique in terms of energy efficiency improvements. EMS promotes effective communication on every level. The use of such an information system allows the employment of accurate metrics to assess the performance and benchmarking of the most energy-efficient practices, and provides insights to turn data into useful intelligence for improved energy and asset productivity.

In terms of offshore transportation from oil and gas facilities, operations are moving farther offshore, which is increasing the costs and complexity of the process. All transport vessels, whether US or international, are subject to a treaty of international conventions by the International Maritime Organization. Cargo considered as hazardous or dangerous is flagged and subject to stringent regulatory compliance to ensure the mitigation of environmental and marine life exposures.

The industry has started adopting new flaring technology to improve the process and reduce excess flaring. The use of new ballistic ignition systems have considerably reduced the amount of flared gas by completely eliminating the pilot system. Furthermore, other recovery systems have been installed to reduce the impact of emissions on the environment.

With increasingly regulations over the industry, thoserequiring lower oil sulfur content have increased as well. Desulfurization is performed using hydrotreaters, utilizing huge amounts of both electricity and hydrogen and currently proving to be highly inefficient. Alternative, more efficientmethods for desulfurization are being developed and demonstrated at various refineries. One of these is theZorbprocess, which is a sorbent operated within a fluidized bed reactor. Ituses less hydrogen than the current, standard process, while producing lower sulfur gasoline and diesel fuel.

In Saudi Arabia, there is a strong link between energy production and water consumption. A large portion of the water consumed must be desalinated which is an energy intensive process.The country has managed to incorporate energy production and desalinization to improve efficiency. Power generation produces significant amounts of heat, which is then used to desalinate the water. Combining these processes has reduced energy consumption by at least 20%. The effective policy promotes the construction of co-generation and desalination plants. 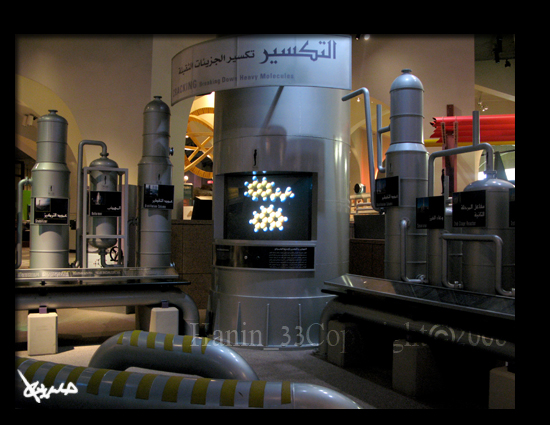 The newly drafted policies have set an improved minimum efficiency standard for the energy producers. The objective of the policy is to ensure reduction in the use of energy while producing energy. By conforming to the new standards, the country will save over 140 million of barrels of oil per year by the end of 2030.

Saudi Aramco has been constantly reducing water usage in oil production. In the past few years, the water use has been constantly reduced as a result of advancements in drilling technology. Just a decade ago, such a trend would have been impossible to comprehend. The country has also efficiently managed its oil fields; its average depletion rate is 29%, which is substantially lower than the worldwide average.

Investments in Carbon Capture and Sequestration, CCS, and other such important technologies have become vitally important to the sustenance of the atmosphere. These technologies have sought to reduce GHG emissions. Despite being energy intensive, the need to curb greenhouse gas emissions is the most important for the country.

Oil and Gas Industry in Norway

Norway is renowned for its administrative systems in the world, widely known as the Norwegian Model. In this model, it assigns oil sector functions to three different state-controlled institutions, each having its own distinct role. First there is the commercial entity, NOC Statoil, one of the largest oil and gas companies in the world, performing extensive operations in Norway and other countries. 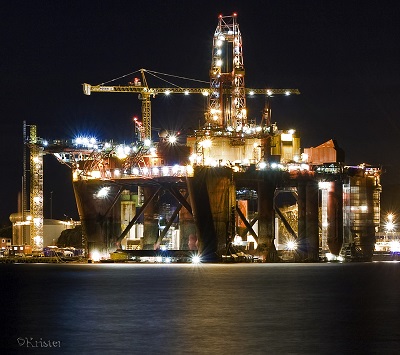 The Ministry of Petroleum and Energy, a Norwegian policy-making body, is responsible to work alongside the country’s political leadership in the design of strategies and the plans and regulations required to achieve those strategies.

Lastly, there is the regulatory and technical advisory agency, the Norwegian Petroleum Directorate, NPD. The regulatory and advisory body is mostly responsible for compiling data, collecting fees, advisingthe ministry on technical matters, setting hydrogen regulations, and resource management. The degree of separation between the different entities have come to be known as the Norwegian Model of Governance in the oil and gas sector.

Norway has managed to develop a highly efficient oil and gas value chain, which is divided into three phases: Upstream (exploration and extraction of oil), Midstream (gas processing and transportation),and Downstream (oil refining, distribution, selling and marketing oil and natural gas products). There are different companies involved in all three stages, ranging in size from global giant Statoil to recent startups. Regulations are formulated and applied based on the stage of the value chain, making the processes highly efficient.

The country has managed to develop a cluster policy, which effectively links all related fields to oil and gas. Examples of different sectors are education, training, research and development, regulations, taxation, physical infrastructure, and capital markets. This has allowed the country to become one of the most innovative and green countries in terms of operations in the oil and gas industry. 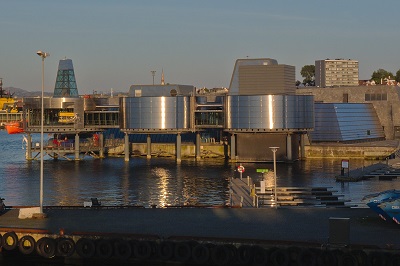 The Norwegian model and the separation of roles it promotes allows for effective governance, administration, and regulation in the industry. Although highly efficient and renowned globally, the entire program doesnot fit every economy. However, adopting selective policies would improve the level of efficiency and productivity in the Abu Dhabi oil and gas industry.

Moreover, creating a value chain in all the processes involved in the oil and gas industry would enable easier enforcement of environmentally friendly and efficient policies by regulatory bodies and would reduce waste and damage to the atmosphere and marine life.

Due to increasing competition and its demanding nature, the oil and gas industry has proven to be one of the most innovative fields in the world. It is important for Abu Dhabi to employ Energy Management Systems (EMS), which would allow the transformation of data into intelligence, an effective aid in future growth of the industry.

Despite the great importance of the oil and gas industry, nothing trumps the importance of the preservation of the environment. CCS, despite being extremely capital and energy intensive, offers incredible benefits to the health of the atmosphere. Considering Abu Dhabi’s dedication towards the preservation of the environment, CCS proves to be the right way to progress for a green and clean Abu Dhabi.

Seismic surveys are known to cause severe harm to the marine ecosystem.Adopting the progressive measures taken by seven other countries will fit well with other environmental protection policies already being pursued by Abu Dhabi. By collaborating with the other counties, Abu Dhabi can acquire greater knowledge and expertise in technologies that can be employed to curb damage to the marine ecosystem.

Desulfurization and Mitigating Flaring and Venting

As countries have scaled up their efforts to reduce the sulfur content in petroleum and diesel products, the use ofhydrotreaters should become more prevalent, despite their being energy inefficient. As Abu Dhabi’s major source of atmospheric pollution is from vehicle emissions, requiring hydrotreaters, or catalytic converters as they are known in automobile use, would have a direct impact on the reduction of pollution and toxicity in the environment. Furthermore, it is important to stay updated on the advancements being made in alternative desulfurization processes and adopt them as they become more feasible and easier to implement.

As the industry has started adopting newer flaring and venting technology, the process has become significantly more efficient and environmentally friendly.