Tourism is an important component of the Abu Dhabi Vision 2030 and is seen as one of the key enablers towards building a sustainable future for Abu Dhabi through economic prosperity and diversification. 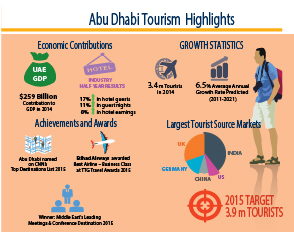 The TCA preserves and promotes the heritage and culture of Abu Dhabi and leverages these aspects of the city to attract the maximum number of tourists to the area. Their policies, plans, and programs serve as a catalyst in driving tourism investment, growth, and development.

Abu Dhabi TCA is responsible for making Abu Dhabi a tourist hub in the gulf region. The declared mission of the Authority is to promote the heritage and culture of Abu Dhabi with the aim of supporting the Emirate’s evolution into a world-class, sustainable destination of distinction.

The roles and responsibilities that are officially assigned to the Authority include:

The Authority’s foremost ambition is to create a cultural infrastructure that will allow it to establish itself as a cultural reference point locally, regionally, and globally. It works closely with emirates tourism stakeholders such as airlines, the transport sector, hotels and restaurants, and infrastructure development authorities in both the public and private sector. The primary aim of the collaboration is to promote Abu Dhabi as an up-market destination with a focus on sustaining and preserving its natural environment and heritage.

The tourism industry in Abu Dhabi has experienced adramatic change in the past few years. Due to extensive planning and efforts by local authorities, the transformation envisioned by the Abu Dhabi Vision 2030 Master Plan is already taking shape. The efforts of the Abu Dhabi government and private sector partners have been able to successfully place the UAE’s capital on the international tourism radar, landing it on CNN’s Top Ten Travel Destination List of 2015.

Business Monitor International projects the UAE tourism sector will grow at an average rate of 6.5 percent per annum between 2011 and 2021. Last year, a record 3.49 million tourists visited the emirate, according to the Abu Dhabi Tourism and Culture Authority. TCA’s semi-annual figures released in June indicate a continuation of this positive trend.

Initially, this year’s target was set for approximately 3.5 million tourist visitors despite many challenges, including a weak euro against dollar, the potential impact of low oil prices on the sector, and the growth in oil supplies expected this year, placing continued downward pressure on oil prices. However, in response to a 20% year-on-year increase in arrivals in the first four months of the year, the TCA is now predicting 3.9 million visitors through to the end of 2015, up 11.4% over previous forecasts.

According to official sources, India was again the largest foreign source of tourists last year with 231,702 guests arriving from that country. Abu Dhabi’s next biggest sources of tourism are the UK, Germany, China, and the US.

While China currently ranks fourth by number of hotel guests with a 5% share, behind the UAE (33%) and India (6%) and the UK (6%), the country posted the strongest growth in the first six months of 2015, after a 166% increase in Chinese hotel guests last year, according to local media, due to an influx of incentive corporate travel.

This growth of tourism is attributed to development of infrastructure, opening of new hotels and attractions in Saadiyat Resort and Yas Islands, and other initiatives of the TCA in coordination with various stakeholders in Abu Dhabi. Finally, international events like the Formula 1 Grand Prix event at Yas Island and of course, the Abu Dhabi HSBC Golf Championship attracta large number of tourists to Abu Dhabi every year. 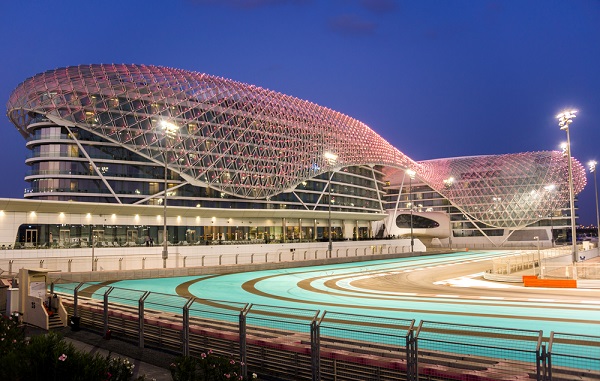 How Does Abu Dhabi want to Attract More Tourists?

Key local players, including the Abu Dhabi Tourism and Culture Authority and the Tourism Development and Investment Company (TDIC),have undertaken a number of key initiatives to attract more tourists to the area. One great example of the mega developments that are attracting tourists includes Saadiyat Island in Abu Dhabi which translates into “Island of Happiness.” When completed, it will be a cultural oasis serving 7.9 million tourists annually along with 145,000 permanent residents.

Some of the attractions that are planned in the area include an $800 million Guggenheim Museum, Louvre Abu Dhabi, Zayed National Museum, a golf club, and various luxury hotels and resorts. Private and government developers are expected to invest around $200 to $300 billion to fulfill demand for marina berths that is expected to double by 2015 to about 82,000 berths.

The TCA has also adopted target international marketing programs to attract large tourist markets from around the world. A great success story is the huge increase in Chinese tourists to Abu Dhabi. In February, more than twenty hotels, malls and tourist attractions in the capital signed up for the “Welcome Chinese” programme, an initiative by China’s state-backed tourism body, China Tourism Academy. The move has prompted a wider range of services for Chinese travellers, including Mandarin-speaking attendants at malls and payment services at hotels for China’s Union Pay bank cards.

While slower economic growth in China could impact demand, the Chinese tourist market remains much sought after, with some 100 million Chinese tourists spending a combined $164.8 billion last year.

Events are another big component of the local tourism marketing strategy. Abu Dhabi will continue to host high-profile international events, such as the annual Formula One Abu Dhabi Grand Prix, which will remain the last race of the F1 season next year, as well as football’s 2019 Asian Cup, which was awarded to the UAE in March.

In the meantime, the construction of the Midfield Terminal Building at Abu Dhabi International Airport, set to open in the summer of 2017, will almost triple passenger handling capacity to 45million per year, according to the Abu Dhabi Airports website. The terminal will include 700,000 square metres of internal space and a 22-km baggage handling system capable of processing some 19,000 bags per hour. When the terminal opens for business in 2017, it will be a huge factor in achieving the future growth targets.

Tourism and the Economy

The growth of tourism in Abu Dhabi has greatly benefited the economy. World Travel and Tourism Council predict that in the next five years the tourism sector in Abu Dhabi will generate around $15 trillion. Last year, the tourism sector contributed around $259 billion to the economy. The retail and hospitality sectors in particular are set to reap the rewards as Abu Dhabi continues to become an increasingly popular tourist destination, making it to CNN’s Top Ten Travel Destination List of 2015.

The hospitality sector has profited the most from the boom in tourism in the area. The latest reports by TCA reveal that June 2015 showed an increase of two percent in guest arrivals compared with last year, with the total number of hotel guest arrivals at 268,335. The number of hotel guest-nights also increased by 13% to 870,304 guest-nights in June 2015 along with the average length of stay which increased by 11% in comparison with June 2014

Abu Dhabi’s retail sector is also starting to mature on the back of increased tourism in the area. The retail sector in Abu Dhabi has now become a major contributor to the non-oil economy.Other sectors that have profited in the area include food and beverage and construction sectors that have seen a rise in profits due to booming tourism in Abu Dhabi.