Step Into the Virtual World

Although virtual reality is still far from the mainstream, 2015 was a big year for the industry as new headsets were introduced—some full-featured and powerful, some simple and portable—and companies announced new ways to control and capture VR imagery, too. Throughout the year, investors poured money into companies developing the technology, content creators figured out how to make everything from films to advertisements in VR, and millions of people experienced virtual-reality technology for the very first time.
Virtual reality has grown immensely over the past few years, but 2016 looks like the most important year yet and it will be the first time that consumers can get their hands on a number of powerful headsets for viewing alternate realities in immersive 3-D. To get a sense of how quickly virtual reality is moving toward the mainstream, consider this: in early January, more than 40 exhibitors will be showing off their technology in a dedicated ‘Gaming and Virtual Reality Marketplace’ at the International Consumer Electronics Show in Las Vegas. The trade group that puts on the show, the Consumer Electronics Association, says this is a 77 percent increase over what it saw in 2015.

2016 and Beyond: The Future of Virtual Reality

2016 will see technology giants from Samsung to Facebook and Sony launch their headsets. Samsung’s Gear VR launched for mobile last month, while the simple £10 Google Cardboard can also give you a taste of the VR experience on your phone. Facebook’s Rift will launch early this year, followed by the HTC Vive and Sony’s PlayStation VR in April. For all the headset makers, the clear target market is serious gamers. But industries ranging from education to medicine, architecture and defence are applying the technology to patients, veterans, designers, submariners and students.

Here are some of the ways in which virtual reality is going to change the world over the next five years:

Games are big business! If you’re a gamer, the appeal of immers 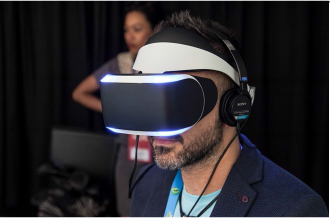 ing yourself in a virtual world might be obvious. Strap on a headset and you could instantly find yourself in a 3D death match with opponents who could creep up right behind you!
Oculus is one of the first companies to successfully bring virtual reality to the consumer at affordable rates. With the Oculus Rift and the Oculus Gear VR for Samsung devices, users can engross themselves in virtual reality gaming experiences by simply putting on the device and playing their favourite game. Companies are now developing a number of games and other experiences to go along with these new virtual-reality headsets. Sony, HTC, and Microsoft are just a few of the big names that are due to release their versions in 2016. Stay tuned.

Early explorations of Augmented and Virtual Reality for sales and marketing typically used QR code cases, such as launching a video from a poster or product. In 2015, we saw some successful applications of this new technology with great campaigns like the Skoda Fabia, where passers-by were able to customize their own car using a touch display; the National Geographic Campaign that saw the Rotterdam Central Station invaded by virtual astronauts, leopards, and even dinosaurs; and the Walking Dead Campaign that saw a trap stop in Vienna transformed into a creepy shelter that was invaded by virtual zombies.
In 2016, expect to see businesses and marketers get even more creative and use Augmented Reality (AR) and Virtual Reality (VR) to solve real business problems such as big data collection and analysis, inventory reduction, experiential communication, and advertising.

Healthcare professionals are utilising virtual reality to treat a range of medical conditions from phobias to phantom limb syndrome. A great example of this is Argentinian-American entrepreneur Fernando Tarnogol, who has founded Psytech- a company that has created a special VR environment to research and treat specific phobias and anxieties. This is expected to have a profound effect upon conditions such as agoraphobia, acrophobia, ornithophobia, claustrophobia, and more.
VR technology also offers new ways to train for complicated procedures, with practically no risk to patients. When using virtual reality in healthcare, an individual enters a computer-generated simulation of a 3D world, using helmets, gloves and other sensors to interact with this virtual environment. A few examples of the diverse applications of VR include responses to a severe allergic reaction in an outpatient clinic, disaster response with multiple casualties, high-risk endovascular procedures such as carotid stenting, delicate heart surgeries and other complex procedures.

For designers, VR headsets are used to test out specific aspects of building structure.
For example, if an architect wanted to build a shading device designed specifically for a building, they may want to check out the view and the lighting with Oculus headgear. Seeing it in virtual reality will allow him/her to verify and adjust the designs from a perspective that has never before been possible. 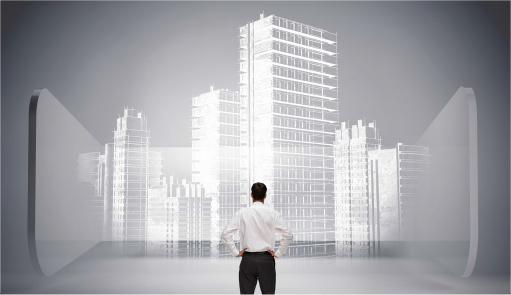 Just strap your phone into your Google Cardboard device, and you can be instantly transported anywhere from North Korea to Syria, reliving some of history’s strangest and most defining moments, from a bomb in a busy Syrian marketplace, to a military anniversary march in Pyong Yang.

News reporters are starting to comprehend a new type of “immersive journalism” using virtual reality – a way to bring the viewer right into a moment with them. While the legal and ethical aspects of transporting young and unsuspecting viewers into the middle of a war zone are yet to be figured out, virtual reality could change how we consume news, perhaps taking us closer to news stories than most would be comfortable with! 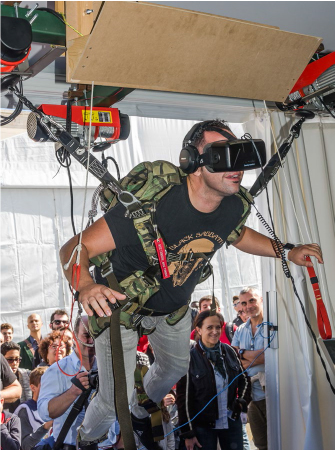 The military – in the UK, US and many parts of Europe – is a major funder of virtual reality for applications ranging from training to recruitment. VR has been used for a number of projects including training submariners for the British Navy, to developing simulators to train soldiers about how to detect explosive devices.

The British Army also used VR in their recruitment campaign earlier this year, where Oculus Rift headsets were donned in an attempt to immerse people into military life, with experiences ranging from a live fire drill to driving a Challenger-2 tank.