If we were to combine fact with humor, we could say that cloud computing seems to be taking over the world in the form of an operation called “project cloud.” An internet-based method of storing and processing data, cloud computing has become an intrinsic part of our daily lives. From texting and emails to annual reports and streaming video, we use the cloud in our everyday lives without even realizing it. The cloud is convenient and easy, but it is not without its risks. Neither an individual nor a business can afford to use the cloud without understanding both sides of this two-edged sword.

What is cloud computing?

The term “cloud” is an artifact of network design drawings in which designers would draw the company’s resources—computers and their associated internal network components—reaching out to the computing resources in the remote location to which their computers were connected. In between, they would draw a nebulous shape of a cloud. The cloud represented that part of the network connectivity that was managed by external entities, normally a large telephone service provider. So the cloud basically refers to the internet, and therefore is associated with the many facets of such an omnipotent medium. Cloud computing is simply a term to designate not only the computing infrastructure, but the  process of sharing and storing content and data on the internet. 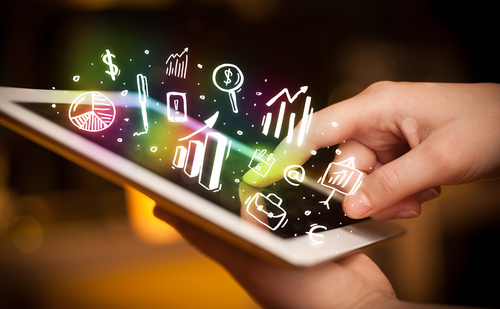 Cloud computing is an alternative toon-site physical storage devices and expensive servers. Fromlarge-scale super-computers and high-speed fiber optic communication lines to something as simple as a smart phone, cloud computing is the answer to data transmission, collection, and efficientprocessing to suit the modern needs of a world constantly looking for ease of access to information.

Cloud computing is now extremely common and the most preferred method of data storage and distribution as it provides an ease of access reminiscent of sci-fi novels. Cheap, yet fast and easily accessible through any portal that connects to the internet, it is the method of choice for the current technologically advancing world.

How does it work?

Cloud computing utilizes networks of servers to create an infrastructure of connected systems. In simple terms, one rents a server or servers for much less than the cost of purchasing. Connection to the cloud computing service is via internet, with transmission speed and bandwidth tailored to the requirements of the user. For example, if the company has to store large amounts of data, but without the need to rapidly access and process that data, the company can minimize data link costs by using a slower connection to large storage devices. Conversely, if the application requires real-time, constant, rapid access, but little data storage, redundant, high-speed links to a fast processor would be required, but the user would not have to pay for massive storage. Typically, with cloud computing, usage is monitored and data link speed, processor speed, and storage can all be easily reconfigured as user requirements change.

Benefits of using project cloud in the public sector

The shift towards a cloud computing environment in the public sector means that the public can expect and enjoy a more agile service, one that makes dealing with government and associated entities easier, faster, and more convenient. From the public’s viewpoint, cloud computing can reduce the time spent accessing government services, and results in a lot less paper usage andreduces the cost of fuel and time that would otherwise be spent going to and from offices and waiting for personal service.

For the business entity, cloud computing can also provide lower labor costs, resulting from the reduction in the need for internal information technology support personnel, and lower capital and expense costs as computing hardware is no longer on site and the responsibility of the entity to maintain. Further, a shared pool of interconnected computing resources makes it easier for interdepartmental data sharing and more efficient resources usage. All good governments are incorporating software that provides more rapid software deployment and upgrades that also protect and support existing e-government applications without incurring further expenditure for hardware and hardware maintenance.

From a public safety standpoint, computer operations will become more useful and cost-effective. For example, by synchronizing real-time data and applications, various modes of public transport can be linked to an automated system to warn of disasters and other emergencies so commuters may avoid them, and emergency workers can have better and faster access when needed.

From the employee’s viewpoint, cloud computing can improve the workplace environment. With data and applications accessible from anyplace that is connected to the Internet, work may be performed from anywhere from multiple devices. A virtual work environment reduces the stress on public roads and can promote employee efficiency.

What is “Project Cloud” all about?

“Project Cloud” is a progressive shift towards a more convenient and efficient way of storing and sharing resources. Large scale and high speed data collaboration becomes the norm on a global level. Faster access to a greater quantity of information is possible even as costs come down. Cloud computing architecture is broken into three service models that cater to the needs of different user groups and ways in which software and hardware interoperate. The organization that wants to proceed with a cloud computing solution needs to decide which of the service models is most appropriate to their needs.

Software as a Service (SaaS)

Software as a Service is the most comprehensive of cloud computing arrangements. The clearest example of SaaS is email. The computing hardware and network infrastructure are all part of the cloud; the end user has only a simple client connection to access the service. How the software and hardware operate is of no practical concern to the end user, and they have no authority to modify any part of the infrastructure except for narrowly-defined configuration settings that are allowed by the software package being used.

Infrastructure as a Service (IaaS)

Platform as a Service (PaaS)

Platform as a Service is a middle ground between IaaS and SaaS. This service model allows the end user control over the applications and the host environment, but they do not have any control over the computing infrastructure—network, servers, the operating system, and storage devices. Using PaaS, the end user can deploy purchased (off the shelf) or proprietary software and work with them using tools and programming languages and utilities supported by the cloud provider.

The United States’ official government website hosts a multitude of options and information regarding taxes, jobs, voting, and other topics of interest to the public. The site was hosted on multiple servers, requiring constant major and minor updates as laws and regulations changed. Providing up to date information and reliable access to the entire country was expensive and time consuming. Some updates would cost millions of dollars; the average time to implement an update was nine months.

After transitioning to cloud computing, the time required to update the website has been drastically reduced from nine months to just one day. Along with that amazing time reduction, the cost of an update also decreased a whopping 72%. After transitioning to a cloud computing architecture, maintenance time has decreased substantially and the site now boasts a 99% uptime from a previous average of slightly more than 90%. As the data indicates, the shift to cloud computing has benefited the USA.gov website from every aspect, and is an example of technological progress to the rest of the word.

The cloud, that nebulous place on an engineering drawing, is only a mental concept of course. The physical computers and storage devices that handle your priceless information are physically located someplace. Because of the ease and speed of transferring data, computing resources can be virtually anywhere in the world. It is in the client’s best interest to know where, and to ensure that the location suits that client’s particular needs for security and accessibility.

Data in transit, if not encrypted, is open to anyone with the knowledge of how to intercept it. Further, data stored on someone else’s computer or mass storage device is available to the provider. Contractual agreements maintain privacy, but many companies reserve their most sensitive data to their own internal computers and networks. Privacy should be high on the list of considerations when deciding on whether to transfer computing operations to the cloud.

A cloud computing configuration can mean that the end user is sharing physical hardware with other users. Should an attacker find a way to exploit a security weakness in another user’s environment, theattacker may have access to the data of other users on the same hardware platform, or even those using the same network.

Further, if an end user is on the same physical platform as another user that finds itself in litigation, it is not unusual for that server to be seized during the length of the investigation, or even permanently. Depending on the cloud computing provider’s operational policies, this may or may not cause a disruption in service for all users of that hardware.

Backup and recovery—a common phrase that many people tend to forget. Even more important and worse, they tend to forget that the important part of that phrase is RECOVERY. If your organization is moving toward cloud computing, make sure you have a complete understanding of your provider’s backup, and more importantly, recovery procedures. Data loss can destroy a company.With modern backup and recovery methods, properly executed, that should never be a problem.

What was old has become new again

We are in an evolution in computing that is nowhere near an end. Early computers were monstrous machines consuming entire rooms in only the largest and wealthiest organizations. As technology improved they became smaller and more powerful, but were still relegated to stand-alone existence connected to their human operators via terminals creating paper tape or cards for data entry; processed information was printed on large green bar paper.

Fast forward to the development of a way to connect one computer to another via telephone lines. Now that small terminal in an office in one city could be connected to a massive computer in another, and a new business, the service bureau, was born. In effect, this was the start of cloud computing.

But with the ever smaller and even more powerful mini- and micro-computers, with improved interfaces for simpler operation, and just as importantly, without the availability of ubiquitous high-speed telecommunication service, computing moved backin-house. But a company’s Information Technology department is a cost center, and as such, it is under constant evaluation for cost reduction. With the development of the internet, high-speed communication lines circling the globe, and just as important, standardized communication protocols, it is again practical and cost effective to connect the human interface in your office with a computer in… Who knows where? Somewhere in The Cloud.

Cloud computing can facilitate a large reduction in expense for data management, but it is not for everyone, nor is it necessarily appropriate for all of an organization’s data processing and storage requirements. The information provided in this article is a good starting point for evaluating whether cloud computing is appropriate for you.