Urban Innovation: The World’s Most Innovative Cities of 2015

What do the world’s most innovative cities have in common? Each has a unique local spirit and an ecosystem where innovation thrives.

Is it the amount of money they invest in local start-ups, how they regulate new business models or how they use data to govern? New research published by innovation charity Nesta, Accenture and the Future Cities Catapult may have some answers.

The research team evaluated 40 city governments and crunched 1,400 data points with an aimto help governments and policymakers adopt a culture of innovation and make entrepreneurs’ lives easier. In this article, we explore the framework and give you a run down of the top 5 most innovative cities of 2015. 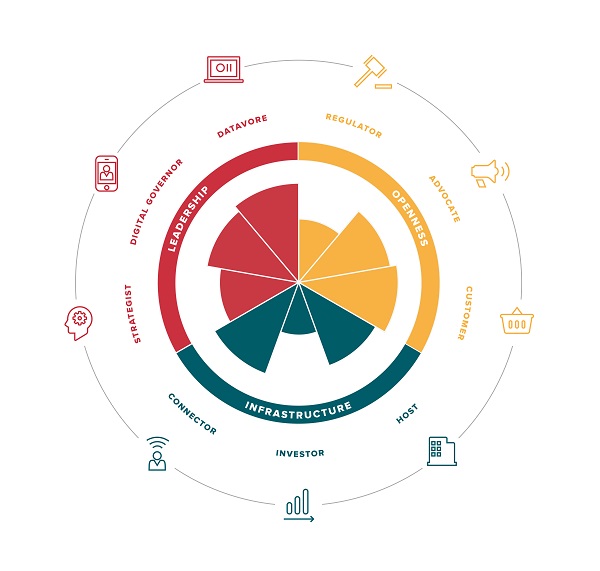 The CITIE FRAMEWORK sets out three categories and nine roles that a city can play to support innovation and entrepreneurship across the full range of its activities. Here is the framework:

OPENNESS: How open is the city to new ideas and businesses?

INFRASTRUCTURE: How does the city optimise its infrastructure for high growth businesses?

LEADERSHIP:How does the city build innovation into its own activities?

New York City fought off fierce competition from London to win first place overall, performing strongly across almost all the public policy roles. One of its key competitive advantages is the strength and commitment fromlocal leaders and policy makers.

The Big Appletook the lead in prioritizing innovation and entrepreneurship earlier than most other comparable cities, and has taken an active rolein the city’s start-up and technology communities over the last few years. It provides strong support for local start-ups across a wide range of activities from funding to community building and skills training. It has also built world-class capabilitiesin deploying technology and using data driven intelligence in the services it delivers to citizens.

New York City’s one area of relative weakness was found in the role of Regulator, where it seems to be held back by on-going struggles with accommodating new business models like Air BnB, that utilise short term rents and ride-sharing.

As New York’s relatively young technology sector continues to grow, the city is definitely on the right track to providingproductive conditionsfor innovation and entrepreneurship to prosper.

Staying true to its reputation as a truly global and open city, London received the highest overall score across the Openness roles. It has developed a sophisticated approach in using methods such as Challenge Prizes to act as a customer of new ideas and to encourage innovation and entrepreneurship.

London is also astrong advocate for the local tech sector, shown through support for the Tech City initiative, a program that accelerates the growth of digital businesses in London and across the UK.The mayor of London has also startedto include local start-ups on international trade visits to encourage their participation in global trade. A flexible approach to business setup regulations has also benefitted the city, though national government laws and regulations primarily drive this.

On the down side, London lacks some of the leadership and digital capabilities that New York has witnessed. For example, the London government doesn’t have functions like a chief technology officer or digital officer and there is no consistent digital channel for Londoners to interact with services that are split across different areas. Nevertheless, the recent Smart London Plan is a great step forward, providinga platform to build the kind of proficiency that will help London compete for the top spot next year.

Helsinki’s third place position came as quite a surprise this year and it goes to show that smaller-scale cities are just as capable of developing the policies and infrastructure to support innovation and a thriving entrepreneurial community.

Helsinki had the most consistent profile of any of the top 5, with a particular strength in the Infrastructure roles of Host, Investor and Connector. Through the use of a highly collaborative approach to working with and supporting local entrepreneurs, Helsinki is developing high-quality digital solutions for citizens through initiatives such as the ‘Helsinki Loves Developers’ and ‘CitySDK’platforms. The ‘City SDK’ is a “service development kit” for cities and developers that aims to coordinateapplication-programming interfaces (APIs) across cities, allowing swift and simple development of Smart City services.

Helsinki is also notable for its vision of mobility on demand. Their fully integrated public and private transport ‘one click’ solution carries the scale of ambition you would typically expect from a tech start-up, and is setting the standard for “mobility as a service”initiatives globally.

Barcelona is another city that has had a head start in the innovation and entrepreneurship space. Dating back to the 1990s, it developed one of the first city Innovation Districts – 22@Barcelona. The city’s Office for Economic Growth has estimated, that of 16 pilot projects supported by 22@Barcelona, 90% have gone on to develop a business based on their pilot. The city is now building on this legacy by actively promoting itself as a successful urban launching padfor original entrepreneurial ideas.

Barcelona is most notable for itssuccess with the Customer role and the city came top in this section of the study.Barcelona has also radically changed how it buys services.  The BCN Open Challenge specifies the problems the city wants to solve and invites citizens to suggest and develop scalable solutions that it then purchases.

The city actively supports and hosts a range of world-leading conferences, such as the Smart City Expo World Congress and Mobile World Congress, giving local and global entrepreneurs and innovators opportunities to display their solutions to a worldwide audience.

One area of weakness that kept Barcelona off the top spot is its role as Regulator, where the city scored poorly. The 2014 ban on Uber by a judge in Madrid and the fining of Air BnB by the Government of Catalonia reflects Barcelona’s difficulties to absorb disruptive business models into the fabric of the city.

Amsterdam has taken fifth place this year. The city further illustrateshow medium-sized metropolisesare sometimes more capable of experimenting and developing the right policies and conditions for originality and entrepreneurship than the mega cities can.

Amsterdam’s strength comes primarily from its Leadership score, where it ranks highly as Strategist and Datavore. The appointment of the city’s first chief technology officer (CTO) in 2014 is increasing the drive to break down silos and support citywide innovation projects. The CTO is providing strategic direction for how technologies will be used to improve the lives of Amsterdam’s residents. All public sector employees are encouraged to become innovators and change agents, and to work together with the CTO’s team to learn new skills and collaborate throughout government and beyond.

The city recently launched a new “StartupAmsterdam” vision and four-year action plan. Successful delivery of the initiatives set out in the plan have the potential to improve the city’s relative weakness as Investor and Digital Governor, and push the city upthe rankings next year.

Although Dubai did not make it into the top 5 performing city list, its results were impressive enough to land it a spot on to the “Challengers” List in the company of impressive business hubs such as Berlin, Los Angeles, and Seoul.

In the findings report, Dubai was described as being persistent in creating strong structures for the support of innovation and entrepreneurship. “Dubai SME” for example, a program run by the Economic Development Department, promotes several unique initiatives focusing on cultivating an entrepreneurial spirit within the UAE including an e-portal for services ranging from financial support to incubator services.

In addition, Dubai runs an annual ranking of the top 100 SMEs in the city. This ranking acts as a catalyst to identify promising SMEs and in turn support them on their journey to competing in the global economy.  Dubai also has excellent locations for hosting entrepreneurs including Silicon Oasis, a district that serves as a hub for research, incubators, and enterprises. Furthermore, Dubai’s Business Village (located in the central business district) is an enormous space dedicated to SME office space, events and networking opportunities that is both impressive and prolific.

The top three recommendations that emerged from the findings were- 1) to increase the openness of its procurement processes and use it as an enabler to stimulate innovation, 2) to work on opening up city data to the public and provide citizens and residents with a platform to create new services and optimize existing ones, and 3) to put initiatives in place to strengthen the technological skills of its population and help them access new high growth businesses.