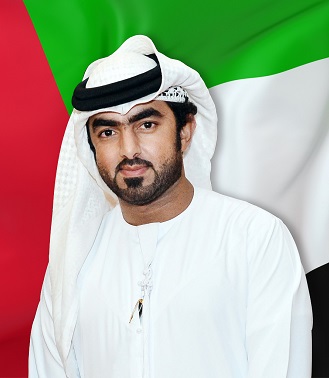 On Yousef Al Nabhabi’s desk there’s a framed photo of a rather fetching green Lamborghini; he smiles broadly as he tells me it’s not his car, but one that he hopes to own some day. The other item on his desk reveals more about his priorities;a book on leadership excellence. For this is an Emirati who is always striving to improve his skills, and inspire the young nationals he comes in contact with in his line of work. Yousef is CEO and founder of Ta’een, an HR consultancywhich was established to help provide UAE organisations with Emirati candidates, and to train Emiratis for better employment.

His main obstacle is trying to persuade young Emirati graduatesto work in the private sector, when the widely held perception is that conditions are better ingovernment organisations.Emiratis comprise only 0.5 percent of the private-sector workforce,but 60 percent of the public sector.

“In western countries, people in most cases prefer to work in the private sector because they know there will be some kind of career path for them, or because there are too many rules and too much bureaucracy in the public sector”, says Yousef. “But here in the UAE, 99% of graduates want government jobs. Even if I tell them I have a position that offers the same money, or even more than they would get in the public sector, they will not agree to come.”

Yousef does not however, blame the young Emiratis for preferring public sector jobs. Government jobs offer attractive perks and less working hours—a normal workday,Yousef says, is between 7.30am and 2.30pm, with approximately 12 public holidays a year.

“It’s a big challenge for private companies to try to compete”.

“I tell young Emiratis: ‘If you’re a graduate and you can’t find your dream job, come and work for the private sector for a year or two. It might not be as much money as you wanted, but it’s a learning environment. Instead of being a fresh graduate with zero experience, you will learn to do things for yourself. Maybe you will love it, then you can go and open your own business as I did.’”

Yousef started his degree in HR management in Boston, USA, but after the 9/11 incident he decided to return to the UAE where he completed his studies at the American University in Dubai.

His first job title was recruitment clerk at Sheikh Khalifa Medical City, wherehe swiftly worked himself up through the ranks.

At that point, the government had started introducing Emiratisation policies to persuade private companies to employ Emirati staff, which wouldensure that a percentage of nationals worked in all sectors of the rapidly developing economy. Emiratisation was still the least of Yousef’s worries.

“At that time, there was no pressure because almost everyone had a job.Soto be honest, it wasn’t much of a concern for me. “

In June 2006 he was headhunted for the position of senior recruitment officer for National Bank of Abu Dhabi, after he was spotted ata conference where he delivereda speech on human resources.

“They had 129 positionsthat needed to be filled before the end of the year. So I came up with the idea of holding a series of three open-interview days, to interview as many people as possible for the jobs. We advertised in the newspapers, and by the third day, we had closed up about 100 positions, even though some of those positions weren’t opening up until later in the year. I got awarded a prize and an appreciation certificate.”

In his next role, as HR journalist for the General Civil Aviation Authority (GCAA),Yousef witnessed early signs of Emiratisation being enforced.

Yousef was made head of recruitment at the GCAA, a role that brought him into regular contact with Abu Dhabi’srecruitment agencies.

“I faced some good recruitment agencies, but also some bad ones. So I was able to evaluate them. I kept hearing the same complaints—that people were struggling to find agencies who understood their needs.”

By 2013, the unemployment rate for UAE nationals had risen to 40,000.The government’s goalposts were moved, and Emiratisation was set in full motion. H.H. Sheikh Mohammed bin Rashid Al Maktoum, Vice President and Prime Minister and Ruler of Dubai, named 2013 the year of Emiratisationand announced objectives to double the number of Emiratis employed in the private sector. More recruitment companies were needed to help place Emiratis in the workforce, and to equip them with the training their needs. That is when Yousef saw a gap in the market:

“I got to the stage where I recognized that I would never get to drive my Lamborghini as anemployee, on Dh40,000 a month, because the bank would not give me the loan. Only successful entrepreneurs can do this. So, in May 2013, I quit my job and set up Taa’een.”

To establish his new business, Yousef could have requested a loan from the government’s Khalifa Fund,which assists Emiratis in starting up their own businesses. “But I didn’t want to do that.We are self-funded, and I squeezed myself to open my company because I really wanted to feel the pride of self-success.

“But the Khalifa Fund helps us in other ways—they open doors for us by writing letters recommending our services to companies. I am very grateful to them for that.”

As well as employing his brother as the company’s PR Officer and five permanent staff, Yousef also relies on15 to 25 freelance corporate trainers to teach the 20 training courses Taa’eenis offering. The management and leadership skills courses are particularly popular.

“Organisations can’t always wait until they find the right Emirati. Let’s say you have a key position and you have to hire an Emirati, but you don’t have a suitable candidate. What you should do is take the Emirati you have in mind and fill in his skills gap to qualify him for the position.”

“If you have a low performer, it doesn’t mean he is a bad employee. Maybe he just needs direction and he might then become one of the best employees. It’s about seeing the potential in people.”he explains.

Yousef also realises the importance of nurturing talent in his own household: “I have four-year-old twin daughters, and I’ve just discovered that one of them is amazing at painting—I can’t paint like her. But she might lose interest if no one encourages her, and she will then lose that kind of talent. With the correct advice, maybe she will be one of the best artists in the UAE.”

“Emiratis need to find the right job to suit their personality and their passion. The mentality is changing. Before, it was ‘I’ll just get whatever job—the oil and gas sector pay a good salary so I’ll go there.’ But now they’re realizing there’s more competition. They have to work on themselvesand develop professional certificates as well as their degree certificate.”

As a successful young entrepreneur, Yousef hopes to inspire young Emiratis to challenge themselves in their professional lives.

“Some people have money because of their father, but they’re not really happy. I know a guy who has millions. He has the best cars, a nice villa, a boat, and his own jetskis. But he doesn’t go out at all anymore. He says ‘Khalas, I’ve done everything. I don’t know what else to do now.’

“One day soon, I’ll be able to buy my Lamborghini. But money isn’t my priority. To be a successful person—that gives me a self-satisfaction that money can’t buy.

“And in my field, the sky’s the limit. Once I’m successful in Abu Dhabi Emirate, I’ll expand to the entire UAE.”